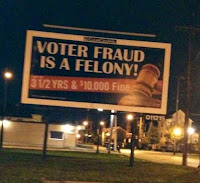 We know that some voters in past elections have bragged about voting twice in elections, once in their old home state and another in their new state or summer home residence. We know that voter registration rolls contain old, outdated and bogus names, either because these voters are dead, or because motor voter signed up illegal aliens as eligible. We know that operatives of the Democrat party have been coaching the nursing home vote as well as offering to drive voters and buy them coffee. Otherwise these voters most likely would stay home.

We know all these things and now with mail- in ballots Democrats have found another route to fraud. They have created another avenue to steal our elections where mail- in ballots were sent en-mass to residences in states where people were allowed to vote months before the election. This gave the Democrats the ability to match the names on the rolls of returned ballots and then ferociously fill out ballots for all those residences that didn’t return ballots by November 3rd.  But what if they went to the poll on Election Day? Did they vote twice or were they turned away?

So Americans know that individually a few illegal votes won’t change the outcome of an election, however when all these methods of fraud are used and choreographed for months prior to an election in order to turn states from a red vote to a blue vote, while also employing a shame sham in which media pushes a candidate to concede early, we have a stolen election. Anomalies always occur in elections but there are too many in the 2020 election to be believable.

These are not anomalies, instead this is a smorgasbord of election fraud designed to insure that Biden won the swing states and that Trump would be forced to concede. However, there are a number of problems with the Democrat steal.

First, Americans are not buying the results because it is painfully obvious that it reeks of fraud. Two, Trump will not concede an election that was corrupt from the start when state Supreme courts allowed elections laws to be changed without state legislature involvement. Three, how could Trump be way ahead of Biden in the early counts and then magically get trounced the later and later votes were counted where his rallies proved his popularity in those very same districts? Four, how does Biden claim victory when none of his so-called electoral votes have been certified? Five, Americans already were subjected to news of mail-in ballots being mishandled prior to the election, calling into question the legitimacy of one person, one vote rules. Six, why were poll watchers shut out and why did some states stop counting and go home? Or did they go home? 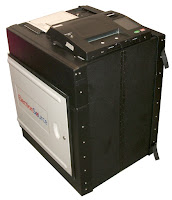 Americans that voted legally are livid over this election. America is a technological giant of a nation and yet our election system is rife for fraud because of its arcane lack of integrity. Some have called for voting uniformity but that my friends would be a bigger mistake. The problem isn’t having a standard voting machine, or a standard counting machine both of which could be easily hacked by Democrats or foreign interference, no, it is a simple fix that goes old school.

First, voter rolls must be updated more regularly. Two, voter ID must be shown to register and vote. Three, ballots should be filled out by a person not machine. Four ballots should be verified and counted by people not machines. Five, voters should receive a receipt of their vote, not just that they voted but an actual accounting of the choices they made after the counted election information is scanned into a database. (Take note- after the election has been counted and certified then voter receives their receipts.) If therefore, there was any funny business with the vote count it will show up after tabulation. Six, all counting should take place with 3 people at each polling station made up of a GOP, Democrat and poll worker at each stage of processing ballots. Seven, media should be barred from calling any races until all the polls are closed, throughout the country. Eight, most important, Congress must make voter fraud a more serious crime with stronger penalties for all those involved (even tangentially)resulting in serious jail time, especially for election officials. 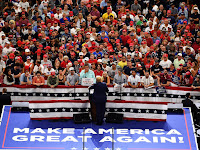 Americans are very apprehensive about the outcome of the 2020 election because it is not just the difference of Biden over Trump but the obvious signs that a massive election fraud took place, and that the voters are once again going to be gas-lighted by our media and government, that the election was legitimate. The 2012 election was another fraud filled election that voters were dubious about and yet Congress continues to ignore the systemic need to root out the partisan election robbery.

We know this election is a steal. We know it is statistically impossible for Biden to have won. We know that this might end up to a decision by unelected men and woman in robes and we are afraid our voting voices could be silence forever.

In the Republic where the rule of law is the bedrock of our country, free, fair and honest elections should be the norm, not the exception.