Did you watch the press conference with Rudy Giuliani and his folks yesterday? I didn’t, was at the gym. I did read the recaps. And the media was an utter partisan disgrace. Within hours of making lots of claims, much of it backed up by actual evidence and affidavits, the Credentialed Media was out with hit pieces and “fact checks”. They spent zero time investigating the claims. The same media which spent 4 years on Russia Russia Russia

Tucker Carlson: Time for Sidney Powell to show us her evidence 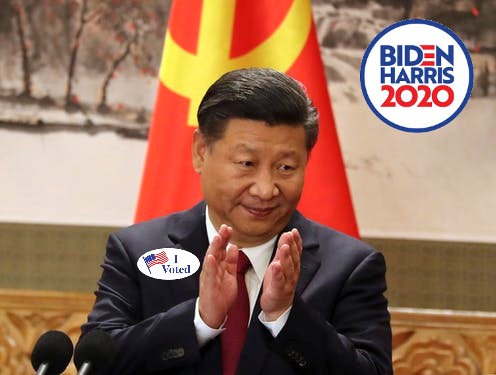 On Thursday, Rudy Giuliani and a number of President Trump’s other lawyers held a press conference on the topic of voter fraud. If you didn’t actually see it, you’ve probably heard about it by now.

Giuliani, along with former federal prosecutor called Sidney Powell and a number of others, alleged that the 2020 election was stolen from Donald Trump. To demonstrate that, they exhibited some of what they found after two weeks of investigating. The presentation went on for 90 minutes with many different threads, about which more anon.

How you viewed it depended largely on who you voted for. Trump voters seemed hopeful that it might change the election results. The left and virtually every single person in all of the news media immediately dismissed it as an embarrassing clown show as well as a threat to the republic. That’s right: the very same people who swore that Vladimir Putin’s agents controlled the U.S. government called it a conspiracy theory.

A lot of Americans believe this election was rigged. They’re not saying that because they’re crazy and they’re not just saying it because they’re mad. They mean it. And that’s a potentially fatal problem for this country. Elections aren’t merely “central to democracy”, elections are democracy. Voting is the way the public expresses its will. It’s all people have. If elections don’t work, our entire system doesn’t work.

Yes, yes, we aren’t a pure democracy, I know, but, we vote, and we should have trust in our voting system. A little bit of cheating is something expected: massive amounts is not. We should be concerned with the allegations. We took time to investigate Russia Russia Russia, why not this?

But the media don’t want to know. They’re not interested. If you watched the coverage after the press conference today, you saw credentialed reporters, some of whom we know and like, actually, refuse even to acknowledge it. No mention whatsoever of the contents of what they described as “what he says are sworn affidavits.” Giuliani says that the Jacob affidavit has been made public, but they can’t be bothered to check. Instead, they launched new editorials about how dishonest and crazy Rudy Giuliani is, as if their job was to rebut Rudy Giuliani. But that’s not their job. Their job is to explain what just happened, preferably with some detail so that viewers at home can make up their minds. They didn’t do that. Behavior like this does not help anyone and diminishes the news media’s tiny remaining reserve of credibility. It certainly doesn’t inform the public

Why, exactly, was the press afforded an extra protection in the 1st Amendment, along with every state Constitution I’ve seen, if not to investigate government malfeasance with fear of reprisal? What they do is covered by Free Speech, right? Right now they are complicit in election fraud, and have killed themselves even more. It’s a disgrace, and they’re a disgrace. They refused to investigate anything.

Rather than doing their job as reporters and investigating, they whip out a quick “fact check” using Democrat talking points. The news media is dead https://t.co/vKhswG8QNZ

That CNN “fact check” was published on WRAl at 330pm. Rudy’s show ended around 2pm or so, right? Meaning that said fact check was being writing while the press conference was going on or not long after. Meaning that CNN took zero time to investigate. That’s why they have “reporters”.

All of which brings us to the bombshell at the center of today’s press conference that was delivered by Powell, who also serves as Gen. Mike Flynn’s lawyer. For more than a week, Powell has been all over conservative media with the following story: This election was stolen by a collection of international leftists who manipulated vote tabulating software in order to flip millions of votes from Donald Trump to Joe Biden. The o”ther day on television, Powell said of Trump that when the fraud is finally uncovered, I think we’ll find he had at least 80 million votes.” In other words, rigged software stole about seven million votes in this election.

On Sunday night, “Tucker Carlson Tonight” texted her after watching one of her segments. What Powell was describing would amount to the single greatest crime in American history. Millions of votes stolen in a day, democracy destroyed, the end of our centuries-old system of self-government. Not a small thing.

Powell is not responding. She has not shown her evidence as of yet. She told Tucker’s people to stop contacting her. Here’s the thing: show the evidence. The People need to see it. And she and Rudy need to actually do something with it. It’s meaningless to say you have it and do nothing with it. The media won’t give it any credence like they did with the supposed evidence Democrat representatives like Eric Swalwell and and Adam Schiff said they had for 4 years and never showed. The media never demanded they show it. If Rudy and Powell want to show that Trump won the election so he is inaugurated (again) in January 2021, they have to show the evidence, and it must be conclusive.