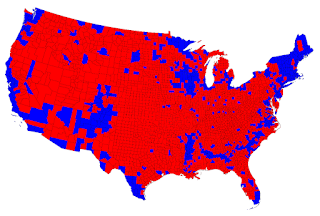 Author, Speaker, Instructor, Radio Host
The term “Electoral College” is not in the United States Constitution, so a search through the document for those words will not reveal it to you on the founding document’s pages.  The first clue regarding the existence of the unique system of presidential election is in Article I, Section 4 where the Constitution states that “The Times, Places and Manner of holding Elections for Senators and Representatives, shall be prescribed in each State by the Legislature thereof.”  In other words, the operations of federal elections are in the hands of the State legislatures, except the presidential election is left out of that clause; which means the presidential election is held in a manner different than other elections.
Information regarding who the electors are doesn’t appear until Article II. In Article II, Section 1 The document explains that the number of electors appointed shall be equal to the State’s number of representatives and Senators, and that they are to be appointed by the States.  The Constitution then explains that the electors vote for President of the United States, and that their votes are independent.  There is no “winner takes all” for the State, and there is no mention of the electors voting being based on a popular vote by the residents of their district.
Originally, the Electoral College was all about the electors, and their vote.  They were chosen by the State legislatures, not by the political parties as we see today.  The candidates did not run a campaign as we see today, either.  The method of election required the people to lobby for the candidate to their elector.  The job of the people were to convince their elector to vote for their candidate.
The changes to the Electoral College did not happen through the amendment process.  The changes were instituted by the States through the urgings of Andrew Jackson beginning in 1828, who believed America should not be a republic, but should be a democracy, instead.  What followed was a call for a vote by the public, which slowly spread State to State, with South Carolina being the last to join the “vote of the people” method in 1860.  Eventually, a winner take all system entered into the equation as well, morphing the Electoral College (a name that finally stuck during the 1820s) into pretty much what it is today.
While changes have happened, and unconstitutionally to be honest, the system is still better than a national popular vote.  The current form of the Electoral College still, as did the original form, gives the rural States a larger voice than they would have in a national popular vote.  A “democratic” vote by the public at large without an Electoral College would enable the largest cities to vote for president, and the votes in the areas with smaller populations would no longer matter.
Instead of one large election, with the States, and Washington D.C., we have 51 elections, with a point system, which allows the entire country to participate in the presidential election.  In a sense it is like a baseball series of games where the winner is not the team who scores the most runs, but instead is the team that wins the most games in the series.
Key things to remember is that since originally the electors voted independently, technically they don’t have to vote the same as the public (though more than 98% of the time the electors have historically followed the vote of the people).  The “winner takes all” thing is also not mandatory, and in fact two States to this day don’t follow that method.  Maine and Nebraska splits their electoral votes based on electoral districts.
This year the electors meet on December 14 to cast their votes for president, so though the media has been calling Joe Biden the “President Elect”, technically, there is no President Elect until the electors cast their votes.  And, with all of the irregularities, and accusations of fraud, one wonders how that will go, and if there may be some electors, due to the confusion, who may not cast a vote at all.
– Political Pistachio Conservative News and Commentary