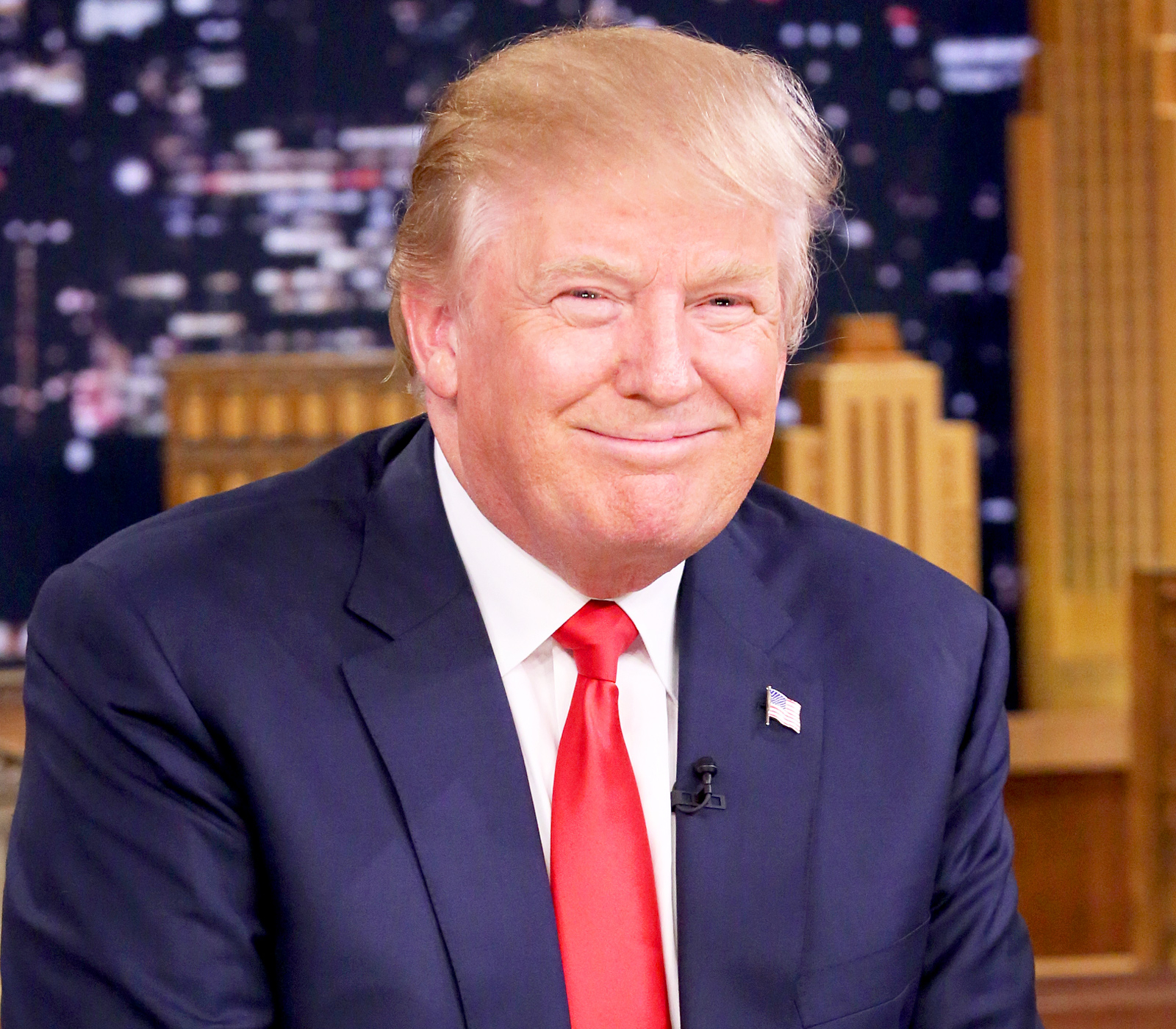 It is now just a matter of time, as we prepare for the Holidays, but the sands-have-shifted, where the crimes of stealing an election with illegal ballots or massive machine-driven-voter-fraud, will soon become irrelevant. No, the crimes have now escalated to being complicit in cyber warfare with the Chinese Communist Party (CCP) interfering with an American election process with the intent of removing a sitting President of the United States from office, where many may soon be charged with treason for aiding and abetting the enemy during a time of war.

At present, President Trump has two diverse paths laid out in front of him both of which will keep him as POTUS for four more years. Let us refer to the first as a more delicate path of diplomacy with the potential change in electoral states, which is now known as the Pence-Raiklin-Maneuver, the declassification of documents, appoint Sidney Powell as special counsel, and other policies where words and negations still matter.

The second, the more perilous path, will target the cyber warfare criminals, wherein President Trump may invoke the 2018 EO, the Insurrection Act, and the 14th Amendment, using swift Special Ops forces, military tribunals, where talk and documents, negotiations, at least during the first phase, will no longer matter. He may initially choose the first more diplomatic path but, dependent upon the level of opposition, he could crossover to the second where, at that point, there would be no turning back.

It is now time in America as we wind down the final days of 2020, where confusion, misdirection, and disinformation have ruled the day, to finally come to grips with the realities of our present situation. Our government has become dangerously corrupt. And, that corruption has become all encompassing, far too deep to rectify, wherein our body politics have become irremediably broken. Our judicial system of law and order has become worthlessly coerced, politicized, and blackmailed to the point of uselessness. Xi Jinping’s Chinese Communist Party has invested heavily in our politicians, legacy, and social media outlets, and corporate America, and is now looking for a return on their investment. The CCP will not be denied. They are so close. They desperately need Biden’s handlers to get him to that inauguration on January 20, 2021. Joe Biden must be sworn in as President of The United States in order, at that very moment, to remove the dreaded President Donald Trump from power.

Please know that Joe Biden will Never-Be-President of The United States – Never!

Should President Trump choose, for a limited time, the more delicate path of diplomacy he might begin by having acting Attorney General, Jeff Rosen, appoint Sidney Powell as Special Counsel for election fraud, now that the deep state protector Bill Barr is finally gone, where Ms. Powell would have the power to issue federal subpoenas, use US Marshalls to conduct search warrants, take formal depositions, certify witness statements, hold grand jury hearings and, potentially,  issue indictments for a number of related crimes including treason.

The Pence-Raiklin Maneuver is based on the Constitutional power that the State Governors do not get to decide who will be elected president, the State Legislators do. Vice President Pence, as the head of the Senate, has the authority to discard the electoral slate of the six (6) swing states which were certified by the Governors, where they were knowingly based on fraudulent results and return them to the Legislators to certify their Electoral State Votes for President Trump on January 6th.

Simultaneously, President Trump could declassify all the FBI documents from the Spygate, questionable FISA warrants, and Crossfire Hurricane investigations and expose all the treasonous business dealings with Hunter Biden and the CCP that were found on Hunter’s computer drive, a drive showing where Joe Biden himself took a major financial-interest-in, using the code name ‘Big Guy’. President Trump could also invoke certain provisions of the 2018 EO on foreign interference with US elections and begin seizing the assets of the complicit legacy media outlets and treasonous Internet-based-big-tech-firms.

Staying within the scope of the more diplomatic path, President Trump could activate the National Emergency Broadcast System, where he would seize presidential control over all media broadcast stations (* we were just told President Trump may do this on Christmas Day) where he will address the American people directly, succinctly laying out all the evidence of election fraud, and to advise the American people why the state legislators and Congress must agree, that on January 6, 2021, President Trump was the rightful winner by a landslide. But, again, dependent upon the amount of resistance he receives, crossing over to the second path will still be an option, where once done, there would be no turning back.

The second physical option, acting now with the charge of treasonous cyber warfare, words and negotiations will no longer matter, where this path has become abundantly clear with all the data points showing the hold/ready-position of military assets on standby throughout the CONUS in preparation for a near-term major-ops to remove and arrest, with great expediency, as many of the known cyber warfare criminals as possible.

This physical option reportedly may begin in Washington, DC but, if this path is taken at any time over the holidays, many may still be traveling out of the area but, rest assured, that special operation forces units know exactly where everyone will be located, who they are with, and—whether they like their steak medium or well done.

As an aside, Jill Biden might be the deal maker if/when either path is chosen, to have husband Joe secede from contention in exchange for full pardons for Joe, Hunter, and the entire Biden family.  This act may well be a double-edged sword in that it would save all of them from prosecution and, at the same time, it may also prevent the needless deaths of hundreds of street marauders who were told, under the script of their Color Revolution, how it was Trump who stole the election. Do it, Joe. Secede!

But, the more immediate question on everyone’s mind is – when?

President Trump will more than like choose the diplomatic path which could begin as early as Thursday, December 24th within the minutes of Jeff Rosen being sworn in as Attorney General. There are rumors that Rosen may have to recuse himself but, minutes later, Richard Donoghue will be sworn in as Deputy AG where he could turn around and appoint Sidney Powell to special prosecutor. And, most know that ‘The Kraken,’ who is well up to speed and knows where all the bodies are buried will be moving at mach-two-with-her-hair-on-fire so to speak. (* Again, please note that President Trump may address the Nation on Christmas Day.) And, since time is of the essence, we would then anticipate subpoenas, search warrants, depositions, indictments, and the potential for arrests to begin, potentially before the end of the year. If Sidney Powell receives any opposition, President Trump could in-turn invoke the 14th Amendment to suspend the January 5th Georgia senate runoff race, suspend the January 6th Electoral vote with Congress, and even the January 20th inauguration until all the election-fraud and cyber-warfare issues are legally resolved.

There are two issues for any of you who doubt my thesis herein. One: do honestly think that President Donald John Trump would let Biden and the Communist Chinese steal this election from the American people. Two: Trump may even go to war with China to prevent the steal from happening. Think of it this way, a war with China or a civil war for that matter, will only last a given period of time. If communism comes to America, it will last a lifetime – for our grandchildren. That’s motivation enough for me.

And, so we pause for a moment to pray foremost for our country and for our Lion, President Donald Trump. For he will need each and every prayer to be a heavenly force for his safety and security during these most dangerous hours and days ahead. And, to give him the courage of his convictions in order to pull the trigger, as they say, to make the difficult but necessary decisions before him. Amen

Merry Christmas to All and rest comfortably knowing one way or another – we got this, America!  President Trump will be reelected for FOUR-MORE-YEARS!  HALLELUJAH!

Fredy Lowe served proudly in the United States Marine Corps and the New York City police Department. He has been a citizen journalist for nearly ten years writing for Canada Free Press, Before It’s News, Conservative News & Views, Ammoland, The Post & Mail, and others.