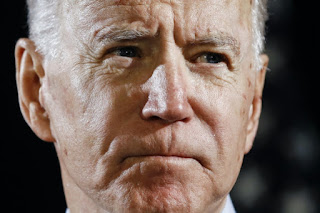 By Douglas V. Gibbs
Author, Speaker, Instructor, Radio HostThe evidence of election fraud and a stolen election is obvious, but from our point of view it looks like it is being ignored, forgotten, and that the evil of the left will hold the reins of our country for a season.  We are a week from finding out for good.

That said, a rumor is now surfacing that Joe Biden knows Trump has all the evidence needed to overturn the election, and that Biden is now seeking a deal to concede in exchange for a full pardon for all his family’s crimes.

The rumor has never been confirmed, and I fear may be more hope than reality.  But, if the truth was able to surface, I may have more hope regarding the war being waged against us.

There are also rumors about the Insurrection Act, but I am also not so sure.
In the end, I suppose, I won’t believe anything until I see it.
My fear is that the mafia style of subjugation by the Democrats and their leftist allies (who are also in the Republican Party) is more widespread than we feared.  The courts have all been compromised and can no longer function under the law, and those few who would fight are either too fearful to do so, or too compromised to be willing to.
I pray Mr. Trump has something up his sleeve, but I have a feeling we are getting ready to go down a very rocky road.
– Political Pistachio Conservative News and Commentary