How’s that healing and unity going to work when Democrats and their pet media want to eradicate the ability of their opposition to speak out? Also, place your bets when the unhinged finally move on from Trump

Trump may be gone, but the instruments of information warfare that empowered him remain 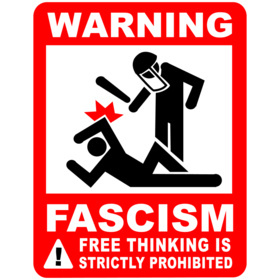 Donald Trump might no longer be in office, but the information infrastructure he exploited to ascend to the Oval Office and then exert a firm grip over the Republican Party is still largely in place. During Trump’s 2016 run for office and throughout his presidency, the focus was mostly on spotlighting the lies he told and the conspiracy theories he promoted. And to be clear, that was important work.

But the conversation should — and, frankly, needs — to go deeper than that. Trump was only one person who took advantage of the existing instruments in place to wage information warfare on his political opponents and critics in the media. Yes, he’s now out of office. But those instruments he used to amass power still remain out on the battlefield ready for another aspiring candidate to come along, pick up, and use for their own benefit.

These tools include right-wing cable channels, talk-radio, hyper-partisan news websites, Facebook, Twitter, and YouTube. In the wake of the domestic terrorism that took place on Capitol Hill earlier this month, some of these platforms have made some tweaks that have helped curb the spread of disinformation. But if you speak to experts, most aren’t convinced that these tweaks are enough. And elsewhere in the information economy, such as on Fox News, nothing has fundamentally changed.

This is the kind of thing that Fascists do. That we see in Communist China, Cuba, Venezuela, Iran, Russia, etc, where they do not allow opposition voices to flourish. It’s insidious and against every notion of being America.

While Big Tech certainly deserves to face questions for helping to radicalize untold numbers of Americans, other platforms that disseminate disinformation and conspiracy theories for profit really shouldn’t be left without scrutiny. That includes channels like Fox News, Newsmax, and OAN. But it also includes TV providers that willfully deliver such channels into the living rooms of millions and companies such as Premiere Networks that distributes shows from dishonest talk-radio hosts like Rush Limbaugh.

How’s this going to work with healing? With unity? It’s like Democrats actually want a physical civil war. Resistance is apparently no longer patriotic. And things will not go very well if they try and shut down people’s voices.