Today, at noon, the United States of America will observe the peaceful transition of power from one Presidential administration to another.

Below is a schedule of planned events for the 59th Presidential Inauguration and embedded video players where you can watch the inauruagtion ceremonies that will be taking place today and tonight if you have no other means. A transcript of the Inaugural Address of the new President will be added after it has been released and it will be placed below the videos of the live coverage with a clip of just the Inaugural Address.

The following participants will join the 59th Inaugural Swearing-In Ceremony:

Our White House: An Inaugural Celebration for Young Americans
10:00 AM-12:30 PM

The Presidential Inauguration Committee will host a first-ever curated livestream for young Americans before and during the Inaugural Ceremonies. The livestream, hosted by award-winning entertainer and advocate Keke Palmer, will feature a special message from Dr. Jill Biden; commentary from historians Doris Kearns Goodwin and Erica Armstrong Dunbar; a segment on presidential pets produced by Nickelodeon; excerpts of student voices from PBS NewsHour Student Reporting Labs “We the Young People” programming; trivia questions, including some asked by Doug Emhoff; segments produced by the Library of Congress; and other special features.

The President-elect, Dr. Biden, the Vice President-elect, and Mr. Emhoff will visit Arlington National Cemetery to lay a wreath at the Tomb of the Unknown Soldier. They will be joined by President Barack Obama and Michelle Obama, President George W. Bush and Laura Bush, and President Bill Clinton and Secretary Hillary Clinton.

President-elect Biden will receive a Presidential Escort from 15th Street to the White House with every branch of the military will be represented in the escort, including The U.S. Army Band, a Joint Service Honor Guard, and the Commander-in-Chief’s Guard and Fife and Drum Corps from the 3rd U.S. Infantry “The Old Guard.”

The Presidential Escort to the White House will be followed by a “Parade Across America,” which will be televised for the American people and feature diverse, dynamic performances in communities across the country.

On Inauguration Eve, the President-elect and Vice President-elect participated in a Memorial to those who have lost their lives in the COVID-19 pandemic. Here is a video of that event, followed by a few screenshots taken from the video. 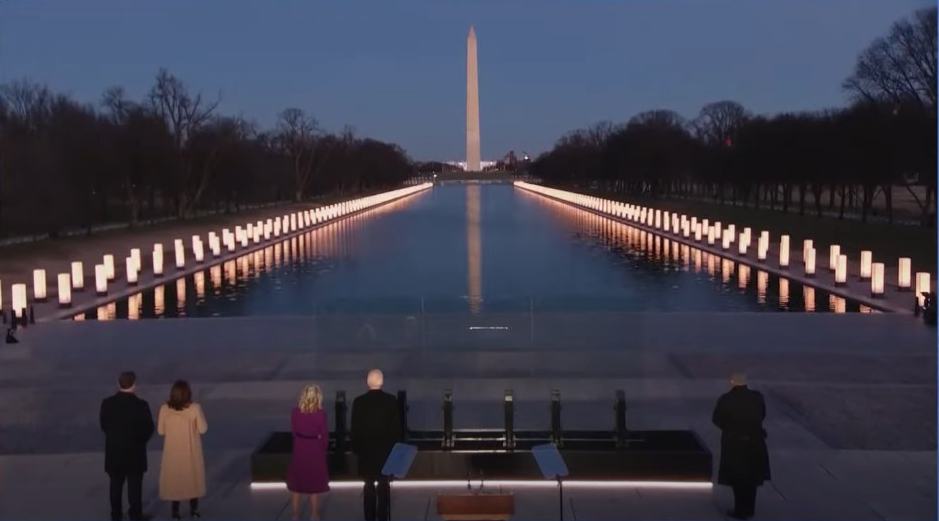 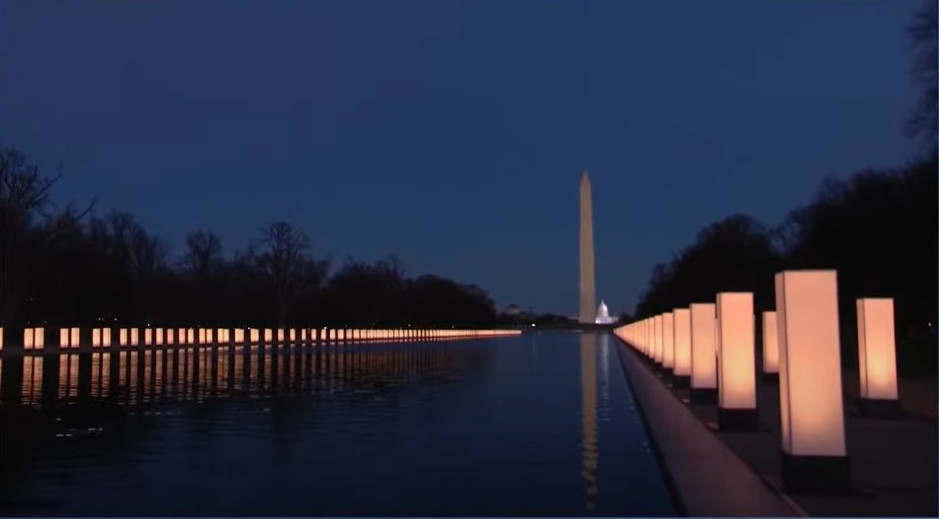