Why does the CIA’s Mockingbird Media
keep mislabelling the storming of the
Capitol Building an ‘INSURRECTION’?

Because they know that it was really a Capitol
Building trespass that was covertly engineered
as a false-flag black operation which was carried
out by the treacherous Democrat Party, count-
less Deep State operatives, NWO globalist
enemies and U.S. Intelligence Community. 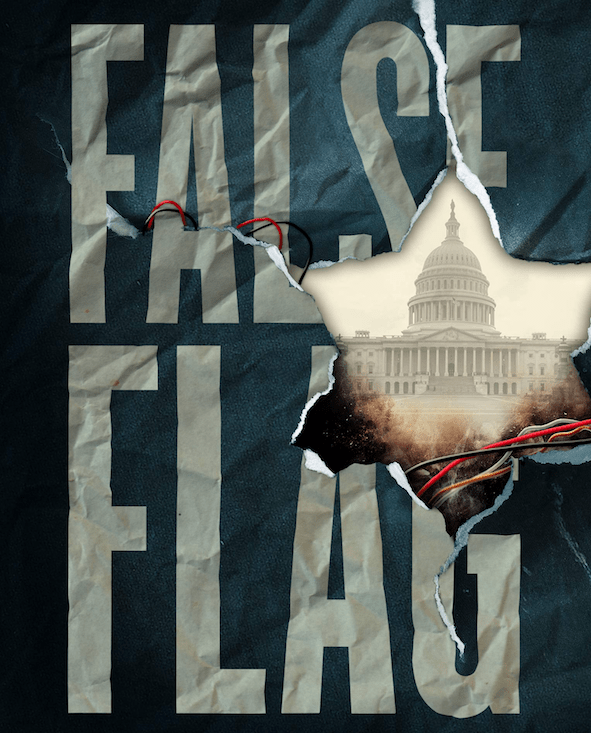 Clearly, the storming of the Capitol was made to happen on purpose as the “Reischtag Fire” of the 21 century.

As the weeks pass, the evidence is mounting that there were more crisis actors in the Antifa/BLM mob that stormed the Capitol Building than there were real Patriots and MAGA supporters.

There are serious reasons why the Left was so determined to hijack Trump’s MAGA rally in D.C. on January 6th.

First, they knew he would quite dramatically bring unwanted attention to the “Election Heist of the Millennium”, which he did. See: “ABSOLUTE PROOF”: Damning Digital Evidence of Ballot Fraud Means 2020 POTUS Election Is NOT Over

This simply could not be tolerated as the Democrat Party is so complicit in the POTUS election theft that they had to change the conversation—FAST!  All they want is for the 2020 election to be over … forever.

What better way to do just that than to blare out a new false narrative — that Trump triggered an insurrection on January 6th, which he obviously did not do.

Which brings US to the second impeachment trial of Donald Trump.

Is there any doubt that the explicit purpose of this absurd and unconstitutional show trial is forever cancel the First Amendment?

By putting Trump on trial, the ever-seditious Democrats are sending a message to the entire Patriot Movement: “Even talk of the transparently stolen election will not be tolerated—even by the President of the United States.”

Hence, there are now various yet still hidden initiatives afoot within the Democrat-controlled U.S. Congress to criminalize dissent of this nature and/or investigative journalism that exposes the details of the naked election heist of 2020.

But why would the Democrats be so brazen and reckless in these upcoming attempts to intimidate the Right?

Not only that, but the New World Order globalist cabal will use the horrendously guilty Democrats to remove “Free Speech” from the American Republic by any means necessary.

The truth is way more powerful that the biggest hydrogen bomb in this Information Age of the Internet.

Of course, the Democrats will also be used to cancel the Second Amendment as well.  The gun control legislation being drawn up in the House is as draconian as the American people have ever seen.

Now for a no-nonsense reality check.

Given the outright treason and serial sedition carried out by the Democrat Party since the very day that Trump first declared his candidacy in June of 2015, they have committed countless capital crimes against the Republic and the American People.

In light of the fact that the U.S. Congress has repeatedly and profoundly violated the public trust and broken the social contract with We the People, both Democrats and RINOs have created the circumstances whereby the U.S. citizenry has every right to rebel.  In point of fact, the U.S. Constitution encourages such a rebellion against the present tyrannical government. After all, imposter Joe Biden was installed by the NWO cabal in the White House after stealing an election that saw Trump receive the 80 million votes, not Obama’s lawless 8-year partner-in-crime!

Once the sacred covenant between the government and the governed was broken via the proven and undeniable 2020 POTUS election theft, the perpetrators exposed themselves to the righteous wrath of We the People.

Now, exactly what form that righteous indignation will take in the future remains to be seen; nevertheless, the Patriot Movement now possesses the legitimate power, legal authority and constitutional right to take back the US government from those who have stolen it and corrupted it to the core.

Bottom Line: By executing a full-blown yet stealthy communist revolution against the American Republic, the U.S. citizenry has an obligation to apprehend and prosecute every single traitor to the fullest extent of the law.  Not to do so not only constitutes a great moral failing, it also spells the demise of the United States of America.

There was no legitimate reason for the 117th United States Congress to unconstitutionally impeach then President Trump. By doing so, the Congress has quite intentionally and greatly exacerbated the unparalleled political divide all over the country.

Both the Democrat and RINO leadership knows that there will be no conviction of an innocent Donald Trump.  Nonetheless, these perfidious perpetrators are further inflaming the intense passions throughout the American body politic.

In the absence of a total dissolution of the current Congress, the U.S. citizenry will have very few options by which to restore the rule of law across America.  And as long as Democrat lawlessness and RINO anarchy reigns, the fate of the Republic hangs in the balance.

In other words, sometimes the only alternative remaining to the American people is a full-blown….