Rules? Pfffft. Rules are for Other People, not Democrats 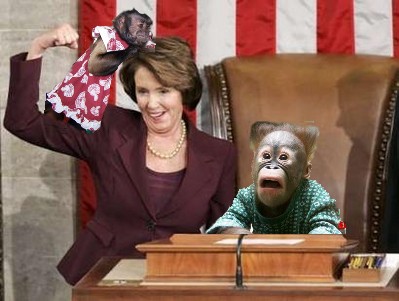 The Senate’s chief parliamentarian ruled Thursday that a federal minimum wage hike should not be included in the $1.9 trillion COVID-19 relief package, but that seemed to do little to deter House Democrats from pursuing the plan — against impossible odds.

In a statement obtained by Fox News, House Speaker Nancy Pelosi called Parliamentarian Elizabeth MacDonough’s decision “disappointing.” Pelosi, like most Democrats, insisted that the wage-hike provision be kept in the bill and said it would “remain in the American Rescue Plan on the Floor tomorrow.”

Vice President Harris, as president of the Senate, can override the parliamentarian’s ruling, but the move is considered unlikely. Ron Klain, President Biden’s chief of staff, said in an interview this week that a Harris override was “not something we would do.”

MacDonough’s decision was seen as a devastating blow by the chamber’s nonpartisan arbiter to the Democrat cause. Senate Democrats wanted to avoid having to deal with a Republican filibuster and employ a process called budget reconciliation. Under the process, Democrats would be able to pass the bill in the Senate with a simple majority. But budget reconciliation comes with additional rules, including what provisions can be added to these bills.

The NY Times reports that this is a “critical defeat for Democrats in their bid to preserve China Joe’s $1.9 trillion bill as it cut a crucial piece backed by Progressives (nice Fascists)”. Excitable Rachel Maddow at MSDNC is freaking out about Republicans trying to kill the minimum wage hike that most Americans want. Isn’t there an old saying about the People voting themselves money? In this case, it wouldn’t be from the public treasury, but, from Other People’s businesses. Which would lead to reduced hours, reduced jobs, no overtime, more part time positions, fewer perks, cost of goods/services increases, and more.

Let me ask: if a $15 minimum wage increase is just so darned popular, why is that the Democrats have to include it in a bill that is so partisan that they have to attempt to pass it by using the shady reconciliation form? If it’s so darned popular, why not with a simple stand alone bill? Why would they blow off the Senate Parliamentarian ruling that explicitly states that it would be against the rules? Put it up for a separate vote. Have a debate on the House and Senate floors.

Because there are lots of things in the COVID relief bill that really doesn’t have that much in COVID relief in it. Unless you work for the federal government

Wow. The BidenBucks bill pays federal employees up to 15 weeks of paid leave at $1400 per week if they have to stay home to virtual school kids.

Let’s have a debate on that, too.