Author, Speaker, Instructor, Radio HostThe enemy is not only at the gate, the enemy is inside the gate, and has the gate clicker.
There is an old saying.  One’s terrorist is another’s freedom fighter.
The liberal left has taken that saying to the extreme, and they have provided an Orwellian twist that wreaks of deception, revolution, and terrorism.  However, in the ultimate game of projection, the terrorists have turned the tables, and they have convinced a large segment of the population that the real terrorists are their opposition. 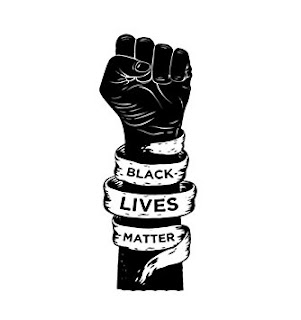 Those seeking to prevent insurrection have been labeled the insurrectionists.  Those who seek to preserve the principles of the United States Constitution and the American system have been called seditionists.  All that remains is the establishment of a liberal left oligarchy and the formation of a police state intent on hunting down and imprisoning those who dare to stand against the progressive socialist regime.

The launch of the anti-American revolution occurred long ago.  It has been nurtured, and cared for, and is now being ushered through the birth canal and into full livelihood.
The Chinese Communists and the hardliners of the former Soviet Union have long said that their plan has been to take down the United States from within.  They planted seeds, inserted agents, and gained control over our various institutions.  Now, the game is afoot.  They make the rules, judge the outcomes, and proclaim the winners of elections. How is it that they have been so effective in their takeover of America?  How is it that the communist progressive left has been so efficient at turning America into the chaotic mess in the midst of a communist revolution that we find ourselves in, and most Americans don’t even realize it?

Susan Rosenberg is a great example of how they’ve done it, and how they’ve made sure their revolutionaries stayed in the game. 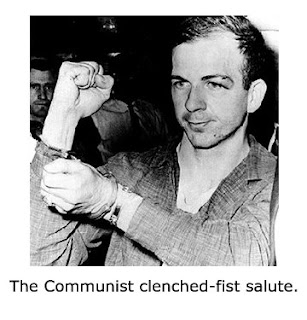 She was actively committing acts of terror against America before the latest technology generations were even born.  Susan Rosenberg committed armed robberies and bombed government buildings, including the U.S. Capitol.  She was then pardoned by leftist ally President Bill Clinton, and got back into the game, ultimately serving on the board of directors of Thousand Currents, the funding arm of Black Lives Matter (which is a revolutionary Marxist organization, as indicated by the testimony of its founders, and on the pages of its website … while the words “Marxist” and “Marxism” have been removed, and the image of the communist fist is less visible, the language and demands of Black Liberation Theology and communism still rings true throughout the website). 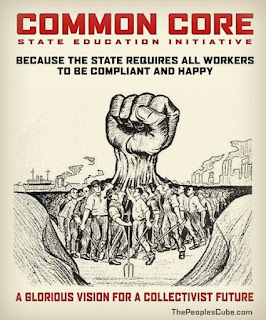 While admitting she was involved in bombings, robberies, and acts of terrorism, various leftist websites, including Wikipedia and Snopes, have removed the title of “terrorist” from their description of her, and in the case of Wikipedia, they call her a “former terrorist,” as if she has been reformed in some way as she associates herself with modern terrorist organizations like Black Lives Matter.
Snopes was a little more clever, throwing questions in the air with the hope of creating doubt:

“In the absence of a single, universally-agreed definition of ‘terrorism,’ it is a matter of subjective determination as to whether the actions for which Rosenberg was convicted and imprisoned — possession of weapons and hundreds of pounds of explosives — should be described as acts of ‘domestic terrorism.’” 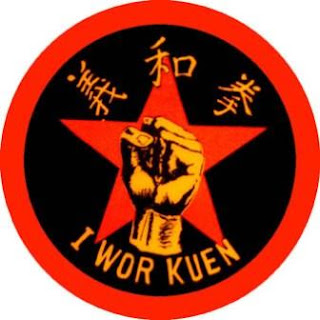 But, peaceful Trump supporters, led by disruptive leftist infiltrators, walking the halls of the Capitol (for the most part in single file and inside the velvet ropes) are quickly defined as domestic terrorists, and even potential assassins, and are labeled as such by … you got it … Snopes.  Well, kind of.  They stay away from fact-checking it in such a manner, but put AP articles on their website saying such, all the same.
Rosenberg’s revolutionary communist-in-America journey began in the 1960s.  She was a part of the revolutionary terrorist group, Weather Underground.
Yep, that same group Barack Obama’s buddy, Bill Ayers was a part of. 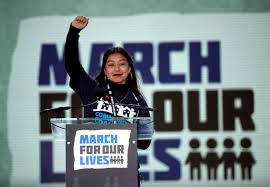 As time passed, Rosenberg became more revolutionary, assisting in carrying out acts of terrorism throughout the 1970s and 1980s.  As writer Scott Walter explains, “including bombings at an FBI field office in Staten Island, the Navy Yard Officers’ Club in Washington, DC, and even the U.S. Capitol building, where she damaged a representation of the greatest of the Democrat defenders of slavery, John C. Calhoun.”

According to Snopes: In November 1984, she was arrested in Cherry Hill, New Jersey after police said she and an associate, Timothy Blunk, were found transferring 740 pounds of explosives, an Uzi submachine gun, an M-14 rifle, a rifle with a telescopic sight, a sawed-off shotgun, three 9-millimeter handguns and boxes of ammunition from a car into a storage locker. 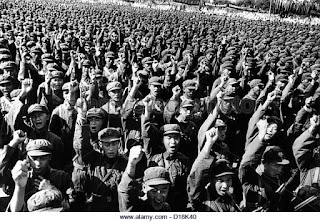 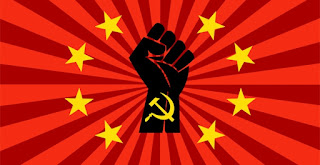 Rosenberg and Blunk the maximum available sentence of 58 years each in prison. On Jan. 20, 2001, his last day in office,

President Bill Clinton commuted Rosenberg’s sentence, and she was released from prison.

Now, free from the shackles of “The Man”, she is back in the game, currently serving as the human and prisoner rights advocate and as vice chair of the board of directors of Thousand Currents (an organization closely linked to Black Lives Matter).

The Thousand Currents website outlines the relationship between the two entities: 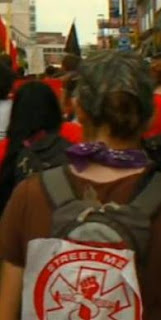 June 24, 2020 the Capital Research Center reported that the Thousand Currents website listed Susan Rosenberg as vice chair of the organization’s board of directors, describing her as a “human and prison rights advocate and writer.”  The entire “board of directors” page has since been removed from the site. Snopes states that according to tax documents obtained by them, Rosenberg sat on the board of directors during the 2015 and 2016 financial years, and was elevated to the position of vice chair in 2017. 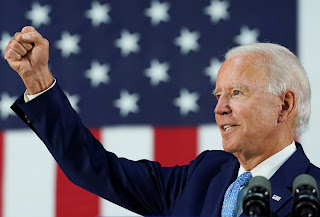 In her later years Rosenberg has indicated that she is not one to believe in violence as a tool, anymore.  She is still a hardcore radical progressive communist, who associates herself with current terrorist groups like Black Lives Matter, but she herself is not violent anymore.

You know, like Josef Stalin and Vladimir Lenin.  They’re not violent anymore, either … you know, because of their change in circumstances.