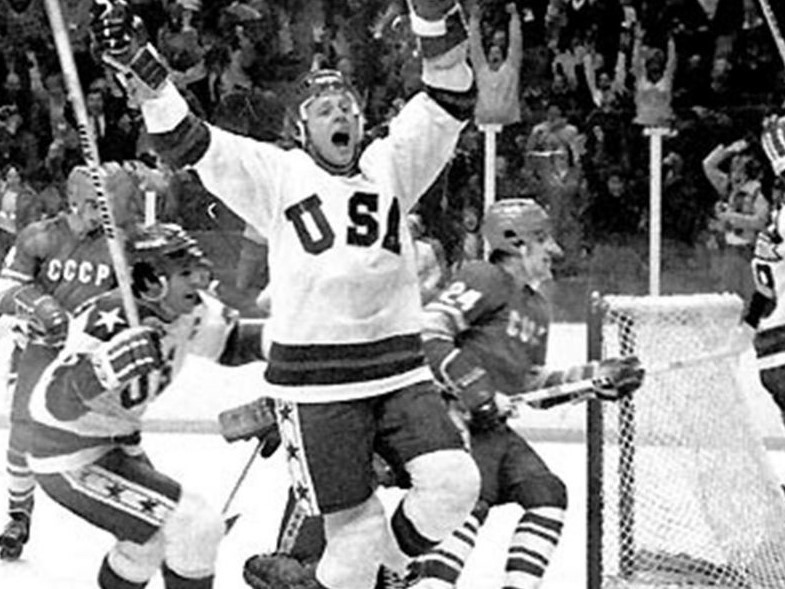 We celebrated this week another anniversary of George Washington’s birthday in 1732.
Back in 1980, many of us spent President Washington’s birthday watching an Olympic hockey game.  It passed into the history pages as the “Miracle on Ice”.
As you may remember, we were in the middle of various crises, abroad and at home.
First, the USSR had just invaded Afghanistan and was pushing its weight around in Nicaragua and paying for Cuban troops in Africa.
Second, Iran had kidnapped U.S. diplomats and mocking President Carter every day.
It seemed like no one feared the U.S. and the bad buys certainly didn’t.
Third, the U.S. economy was struggling, from long gas lines to inflation.
In the middle of all of this, a bunch of young Americans gave us the time of our lives.  It was the first hockey game that I ever paid attention to!
The U.S. beat the old USSR in the Olympic semifinals to move on to the gold game.  It was a great game.  In fact, listening to Al Michaels of ABC call the last minute of that game was unbelievable.
Here is the story of that day:

“In one of the most dramatic upsets in Olympic history, the underdog U.S. hockey team, made up of college players, defeats the four-time defending gold-medal winning Soviet team at the XIII Olympic Winter Games in Lake Placid, New York. The Soviet squad, previously regarded as the finest in the world, fell to the youthful American team 4-3 before a frenzied crowd of 10,000 spectators. Two days later, the Americans defeated Finland 4-2 to clinch the hockey gold.”

It gave us the uplift that we all needed back then!
P.S.  You can listen to my show (Canto Talk).  If you like our posts, drop a dime here.