Failed Policies of the Community Reinvestment Act Reenacted by Biden 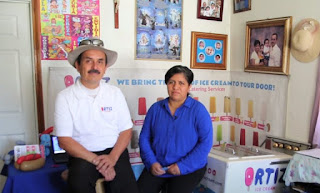 The (CRA) Community Reinvestment Act of 1977 that led to the housing market crash appears to have a reincarnation of sorts. We all remember when banks were forced to make bad loans to purchasers that should never have been allowed to buy homes above their needs or ability to repay those loans.

The original bill was signed into law by failed President Jimmy Carter in 1977 and forced mortgage lenders to accept loans from purchasers totally ignoring their credit history or allowing them to ask if they even had jobs. This in turn started a sellers’ market for overly inflated home values which subsequently caused the housing market to crash with millions of homes being overvalued.

President G. H. W. Bush attempted to put a lid on the failed policy, but like his predecessor failed to get his second term.

Bill Clinton was the new President and attempted to cement the failed policy in his administration which also amounted to a total failure.

In the past…..“Dreamers did not qualify because of FHA’s interpretation of a 2003 measure from its Handbook: “Non-citizens without legal residence in the country are not eligible for FHA-insured mortgages.”

Not only can they get an FHA loan to buy a house……but millions of illegals in this country who have over stayed their Visas can and will get the $1400 stimulus checks!

The FHA has changed policy under the Biden Administration…….NOW, THE AGENCY SAYS ON ITS NEW FORMS THAT THEY “DID NOT EXPECT A SITUATION IN WHICH A PERSON MIGHT NOT HAVE ENTERED THE U.S. LEGALLY, BUT WOULD STILL BE CONSIDERED LAWFULLY PRESENT.”