For the moment they’re urging. In the future? Well, let the inner authoritarian out

Fight against climate change could include goal to reduce driving in Minnesota
Legislators could put vehicle travel limits into law to cut greenhouse gas emissions. 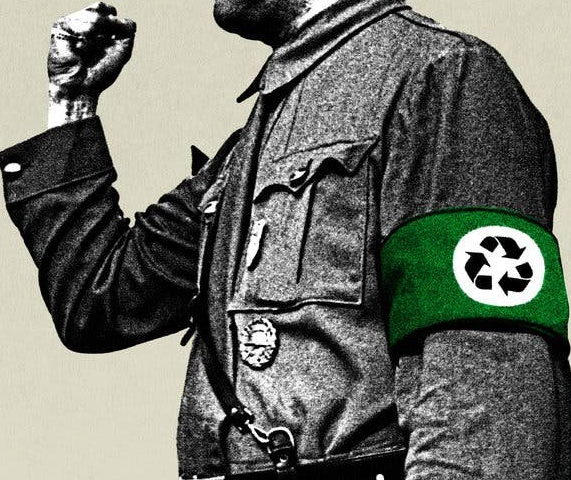 Minnesotans may be urged to put down the car keys in a new effort to cut greenhouse gas emissions from transportation and fight climate change.

The House Sustainable Transportation Act would build more stations for charging electric cars and swapping batteries, push local governments to electrify their fleets and prod the Metropolitan Council to electrify all its buses by 2040, among other things.

It would also put into statute a new statewide goal to reduce vehicle miles driven by at least 20% by 2050. (snip)

Electric vehicles alone won’t get the state on track with legislated goals for cutting greenhouse gases, Hornstein told the committee. Transportation is the largest source of emissions, and electric vehicles are still less than 1% of new vehicle sales.

That’s because not that many people want, or can afford, EVs. Have the rich folks elected to the Minnesota House switched to EVs themselves? What about road miles for the state government?

“We have a long way to go, and driving less really is one of the key ways we can reduce greenhouse gases,” Hornstein said. “We are going to have to do things differently.”

He also noted that it doesn’t make sense to ask people in rural areas to ditch their cars. Urban residents will need to curb their driving more than 20% “to make up for the geographic difference.” To make those urban reductions work, he said, everyone needs to be within a half-mile of reliable transit.

No, no, they certainly won’t attempt to force the peons into certain urban areas and restrict them from using their legally purchased property, right?

Regardless of the legislative outcome, the driving reduction goal is gaining traction at the state level. Last week, in its official response to the advisory council’s recommendations, MnDOT committed to adopting a preliminary goal of cutting vehicle miles traveled by 20% by 2050. The goal will be finalized after more work.

It’s a major shift for the state agency that has long tracked vehicle miles driven and indicated the need to drive less, but has never committed to something specific in writing. In an interview, MnDOT’s Sexton called a driving reduction policy goal an “important first step.”

“Implementation is something that we would need to work with partners to figure out,” he said.

As in, how do they make Citizens give up driving so much? Penalties? Fines? Requiring a tracking device on their vehicles?