I was always taught that if you could not defend your argument or opinion with facts, evidence and sound rationale, then your argument was weak, if not completely worthless. Feelings are not arguable opinions, and if you only have feelings to support your position, then it was time to do more research into your analysis of a given subject to arrive at clearer reasoning. Moreover, if your argument failed to answer key questions, while an opposing view successfully explained those questions, then perhaps it should persuade you to alter your viewpoint.

Sadly today’s opinions are mongrelized, conflated and loaded with the empty caloric junk food known as feelings. The left not only requires one to suspend critical thinking about any subject, it uses sloganeering and bullying to protect their opinions from being challenged. Facts and evidence have been mongrelized to include antidotal, perceptional and outcome orientated statistical data designed to substantiate untenable positions.

The left has been successful with conflating fact and fiction, by using news born out of circular gossip allegations, to present to the public as validation of their inane positions. For instance, quoting a news article as fact, when the source is unnamed, and the story reported has been critically disputed. Indeed the only reason it appears in the paper as a fact, is because it was purposefully promoted as a fact even though the source is lying or at the very least pedaling barroom rumors. So you can make up junk send it to officials, leak it to the media and then substantiate it as truth because it made papers and therefore people will be fooled into thinking it has multiple sources. That is exactly how the Russian Collusion fantasy lie was paraded as fact. 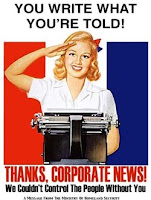 There once was a time when media truly investigated news and would never print anything unless they had multiple sources beyond the word of lone duplicitous leaker. Sadly, today’s media is just a reliable parrot screeching hoaxes and distortions commanded by their oligarch masters.

Moreover, feelings are considered sacred argument by the left that cannot be disavowed by those with a differing opinion. If you dare challenge the feelings/opinion of anyone on the left, you are bullied, marginalized as racists or banned from having a voice in the public social media square. When was the last time anyone said “Gee I wish I acted emotionally, when I invested all my money, instead of using my pragmatic brain?”

This is not only childish behavior akin to a child sticking their fingers in their ears when they are being told something they don’t want to hear, but dangerous and destructive to our society’s well being in the future. Children that don’t develop self reliant critical thinking skills, are not only doomed to make more mistakes, they are equally doomed to repeat those mistakes toward their own peril.

Importantly, as we have learned in the centuries before the Renaissance, when the Catholic Church suppressed opposing thoughts, medicine, science and art was so stifled we refer to those times as the “dark ages”, because the public was not free to explore and express the rational truth over religious dogma. The Catholic Church feared free thinking would destroy the faith of the people, when in fact it fueled disillusionment. Once the heretic label was no longer the leash, the explosion of public knowledge didn’t lesson the religious faith but rather allowed people to practice the right that God gave all of us, that is, free will.

So the Church was coveting power by the same means and methods currently utilized by the Democrat Party and the left. Today’s oligarchy has decreed that there should be no dissention of liberal dogma or you are an ignorant racist without the right to hold a valid opinion. Today’s opinions by the left about Climate Change or sexual identity must be held up as fact, irrespective of credible evidence to the contrary, or you are cast as a science denier or worse, a conspiracy nut.

Yet, during the dark ages research and discoveries in science and medicine did not halt, it was just not widely and freely circulated. Therefore, in the lesson that should be taken from both history and analogical books such as “Animal Farm” is that for the masses to keep being educated and paying attention. Do not rely on the institutions to keep you informed but rather seek out knowledge that the elites try and hide from you.

It may be hard when news and social media, is awash in propaganda meant not to inform you, but to rather sedate you, from doing your own critical thinking, but you must remain skeptical. Had the animals in George Orwell’s expose on power being corrupt by any of those holding it, been more literate and skeptical of what the pigs were doing, the animal revolt would have upturned the elitist pig control over them. Knowledge is power, and the most important part of attaining knowledge is through your own critical analysis of right versus wrong, logic versus loony, practical versus psychotic and rational versus demented.

The Democrat party and their leftist cohorts are trying to convince Americans that killing infants even after birth is right and acceptable in our society, we all should recognize it as being disgustingly immoral. The left is trying to convince Americans that Green energy can completely replace all fossil fuels like oil, coal, natural gas and wood burning needs in America’s temperate climate, and we all should recognize that to be illogical, impractical and loony.

The left is trying to convince Americans that there are more than two sexes, and that children can decide to change their gender. Sound sane to you? By the way, doesn’t the left argue that homosexually is a genetic anomaly, and that if you think someone can just choose to be straight you are a dispassionate religious zealot? So according to the left, you can change your genetic gender but you can’t change your genetic sexual preference?  Sound psychotic to you?

Truth is the light in the darkness and we must be stalwart and confident that when dark days lie ahead, patriots will have the light and the truth to shine our way back to American values.

The bottom line here is this: we all must exercise our rights and civic obligation to sound reasoning and hold those accountable to us to promote the same. In this way we shall impact or alter the trend toward liberal sophistry over good governing. We must demand that our local officials lead with sense over stupidity.

“That whenever any Form of Government becomes destructive of these ends, it is the Right of the People to alter or to abolish it, and to institute new Government, laying its foundation on such principles and organizing its powers in such form, as to them shall seem most likely to effect their Safety and Happiness.” (Declaration of Independence)