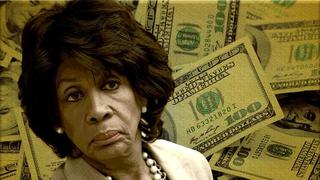 (Natural News) Former Minneapolis police officer Derek Chauvin was found guilty on Tuesday on all three counts in the death of George Floyd last May.

Chauvin was charged with second-degree unintentional murder, third-degree murder, and second-degree manslaughter for kneeling on Floyd’s back and neck areas for nearly nine minutes, pinning him to the pavement after he resisted arrest. Prosecutors and the defense gave their closing arguments on Monday, sending the case to the 12 jurors.

“Prosecutors didn’t have to prove Chauvin’s restraint was the sole cause of Floyd’s death, but only that his conduct was a ‘substantial causal factor.’ Chauvin is authorized to use force as a police officer, as long as that force is reasonable,” said the Associated Press in an explainer.

In addition, the prosecution asked Judge Peter Cahill to revoke Chauvin’s bond and remand him to custody, which the judge granted.

On the most serious murder charge alone, Chauvin faces up to 40 years behind bars.

Following the incident, widespread rioting and looting brook out in Minneapolis, then quickly spread throughout the country coupled with a resurgence of the Black Lives Matter movement.

It wasn’t clear that Chauvin was going to be convicted, however.

An initial report from Dr. Andrew Baker, the Hennepin County Chief Medical Examiner, concluded there was “no physical evidence” linked to Floyd’s death, according to court documents, which added that the level of fentanyl in his system at the time was “pretty high.”

A memo from the medical examiner’s office stated if “Mr. Floyd had been found dead in his home (or anywhere else) and there were no other contributing factors he would conclude that it was an overdose death.”

But the medical examiner’s report also noted that at least in part, Floyd’s death was due to homicide supported by the video evidence of Chauvin pinning Floyd to the pavement with his knee.

“His death was caused by the police subdual and restraint in the setting of severe hypertensive atherosclerotic cardiovascular disease, and methamphetamine and fentanyl intoxication,” the Armed Forces Medical Examiner said.

Previously, a defense attorney representing Thomas Lane, one of the four total officers charged in the case, also alluded to Floyd’s drug use, noting that video from Lane’s body cam showed a “white spot on the left side of his tongue” that was described as “two milligrams of fentanyl, a lethal dose.”

“All he had to do is sit in the police car, like every other defendant who is initially arrested. While attempting to avoid his arrest, all by himself, Mr. Floyd overdosed on Fentanyl,” Lane’s attorney, Earl Gray, wrote in a motion to dismiss charges against his client. “Given his intoxication level, breathing would have been difficult at best. Mr. Floyd’s intentional failure to obey commands, coupled with his overdosing, contributed to his own death.”

During the trial, Dr. David Fowler, Maryland’s former chief medical examiner, told the court that there was both fentanyl and methamphetamine in Floyd’s system at the time, as well as possible carbon monoxide poisoning from auto exhaust, which he says all contributed to his death.

In addition to Lane, former officers Tou Thao and J Alexander Kueng were also charged in connection with Floyd’s death. Their trials are upcoming.

In anticipation of post-verdict violence, Democratic Gov. Tim Walz activated elements of the Minnesota National Guard weeks ago so they could begin preparing to assist civilian law enforcement authorities.

But others, including Democratic Rep. Maxine Waters of California, attempted to stoke violence ahead of the verdict. She went to Minneapolis on Saturday and told protesters to prepare for “confrontation” if the verdict didn’t go their way, which is to say, Chauvin must be found guilty of murder.

Cahill suggested this week that because of Waters’ comments, Chauvin’s defense team could seek to have any conviction overturned at a later date.