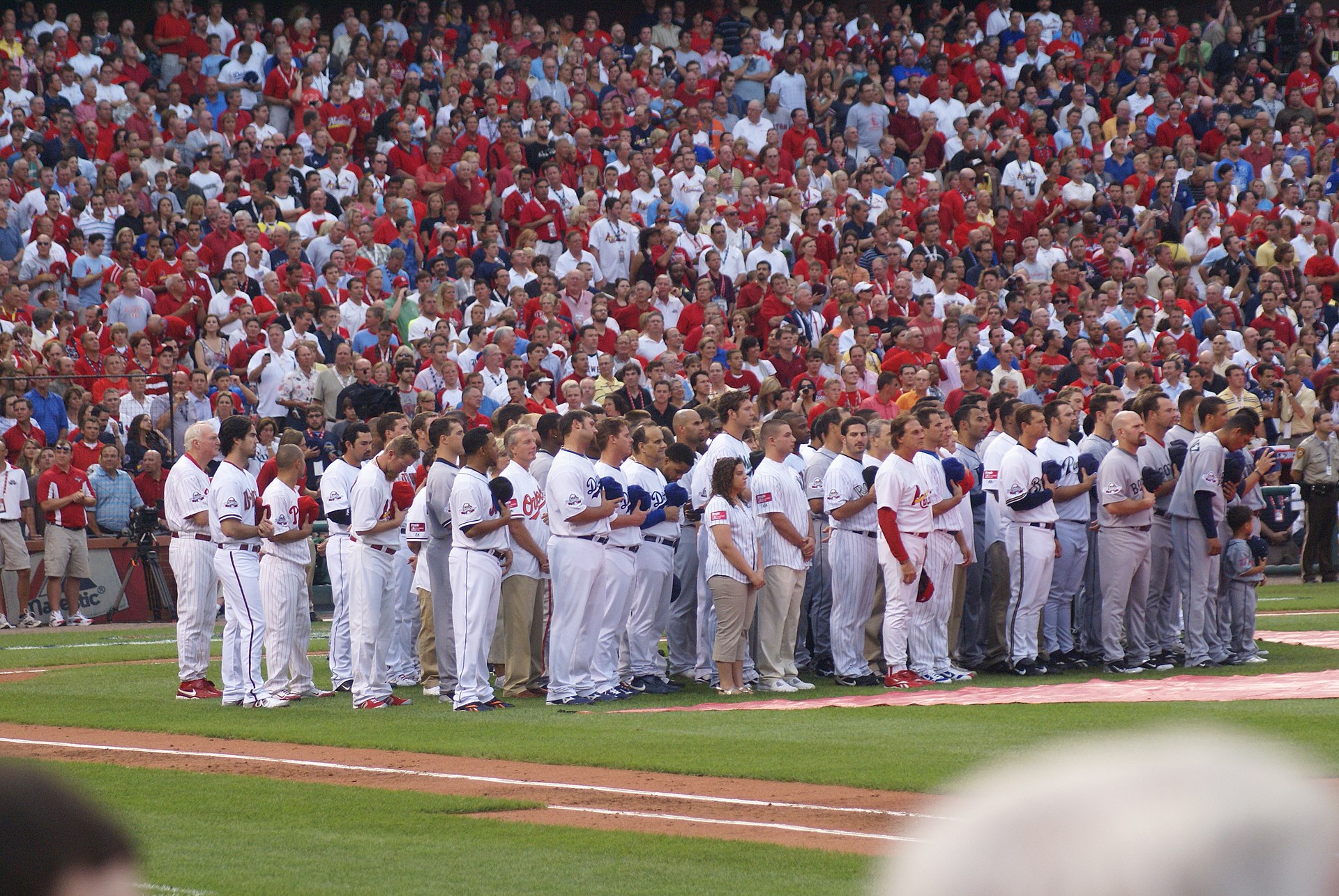 The so-called ‘cancel culture,’ should it continue on its iron track, will spell the doom of US democracy only to be replaced by something altogether un-American.

Baseball is America’s quintessential sport that speaks to the heart of the nation’s very existence. Yet it appears that not even the great game can protect itself from the cancel culture ideologues.

Amid political haggling between Democrats and Republicans over Georgia passing new election reform legislation, which the left says disenfranchises minorities, the executives at Major League Baseball (MLB) should have done what they been doing for over a century: keep the dirty world of politics far away from America’s national pastime.

At the very least, this would have been the best business decision, especially when it is considered that most Americans view “cancel culture” as an existential threat to the country. Unfortunately, corporate decisions today are no longer guided by the capitalistic profit motive, but rather by the progressive virtue signaling motive. Paradoxically, leftist ideology has supplanted capitalist ideology in America. Consequently, MLB made the lamentable decision to deprive Atlanta from hosting this year’s All-Star Game.

“Over the last week, we have engaged in thoughtful conversations with Clubs, former and current players, the Players Association, and The Players Alliance, among others, to listen to their views,” MLB commissioner Rob Manfred said in a statement, aired by ESPN. “I have decided that the best way to demonstrate our values as a sport is by relocating this year’s All-Star Game and MLB Draft.”

“Major League Baseball fundamentally supports voting rights for all Americans and opposes restrictions to the ballot box,” the statement continued.

Regrettably, Mr. Manfred is seriously misguided. The best way for the MLB to “demonstrate our values as a sport” is by disallowing outside forces from interfering with an event that should be totally shielded from the shifting political winds. After all, one of the main reasons that fans are attracted to sport in the first place is it allows them to escape from the trials and tribulations of daily living. Their obvious displeasure with mixing politics and sports is visible by declining TV viewership ever since the Cultural Marxists crashed the gates.

Obviously, Manfred doesn’t know or simply doesn’t care about maintaining fan loyalty in a period of cultural madness that has descended on America like a Kool-Aid drinking religious cult. If he did, he would have taken a cue from the viewership statistics from Super Bowl LV between the Patriots and Kansas City Chiefs. That match saw the worst ratings for the big game since the 1969 clash between the then-Baltimore Colts and New York Jets in Super Bowl III.

Moreover, had he performed some due diligence, instead of taking his talking points from leftist fanatics, Manfred would have realized that Georgia’s Election Integrity Act of 2021 has nothing in common with the segregationist Jim Crow laws, as the mainstream media has recklessly and dangerously suggested.

The state of New York, for example, a major Democratic powerhouse, provides voters just 10 days of early voting; Georgia, by comparison, provides a minimum of 17 days. At the same time, New York voters must provide a reason for voting absentee, whereas in Georgia no formal excuse is demanded. Approaching voters waiting in line to vote, perhaps to pass out water or food, will also be considered a criminal act. Finally, the decision to require voters to provide an ID to receive an absentee ballot cannot be blamed on ‘racism,’ as the left screams at every opportunity, but rather sound voting practice.

Past polls have found that Americans from across the political spectrum favor ID legislation to protect the integrity of elections.

Yet with pressure bearing down on the MLB executives from even the White House, as well as the newly empowered and financially supercharged social justice movements, like Black Lives Matter, it is more understandable albeit no less conscionable how Manfred could have succumbed to the wild rhetoric.

“This is Jim Crow on steroids, what they’re doing in Georgia,” US President Joe Biden told ESPN.

And it was not just the MLB that broke under pressure from the left.

Dozens of big name corporations, including Coca-Cola, Delta Airlines and Cisco, expressed their discontent with the new election legislation signed into law by Georgian Gov. Brian Kemp, who many Republicans say did not do enough to challenge the presidential election results over accusations of voter fraud and irregularities, many of which were never adequately explained.

The full court press against the state of Georgia does not stop at the MLB. The National Black Justice Coalition is asking PGA Tour players not to compete in the Peach State until the voting law is repealed.

“The PGA Tour and Masters Tournament have both made commitments to help diversify golf and address racial inequities in this country — and we expect them to not only speak out against Georgia’s new racist voter suppression law, but to also take action,” said David J. Johns, executive director of the organization.

It is not difficult to see how many athletes, concerned about their public image from being (wrongly) branded “racist” or worse, will submit to the pressure, despite the fact that Georgia’s legislation has absolutely no connection to “systemic racism,” the canard of the progressives ever since George Floyd died under the knee of a white police officer last summer. For many Republicans, the only way to respond to this corporate and borderline fascist foray into politics is by hitting them in the wallet.

Former President Donald Trump called for conservatives to boycott the companies that threw their support behind the MLB decision.

“For years the Radical Left Democrats have played dirty by boycotting products when anything from that company is done or stated in any way that offends them. Now they are going big time with the WOKE CANCEL CULTURE and our sacred elections,” Trump said in a statement on April 3rd released by Save America PAC.

“It is finally time for Republicans and Conservatives to fight back— we have more people than they do— by far,” Trump continued. “We can play a better game than them!”

What is disturbing and even frightening about this latest development on the cancel culture front is that it exposes the yawning abyss that now separates millions of Americans from each other as civil war memories come to mind. Across this increasingly belligerent battle line everyone from corporations to average consumers are taking their battle stations, cancelling events here, and boycotting in response there.

Although it could be argued that this is merely evidence of the First Amendment in action, the opposing sides are too disparate for there to ever exist lasting peace. The left has been usurped by the radical progressives, while the right has latched on ever tighter to its conservative principles. The middle ground has been washed away and now exists as a perilous no-man’s land littered with landmines and other incendiaries.

Quite simply, the specter of a single political party and its corporate underlings strong-arming governments is a phenomenon one would expect to see in Mussolini’s Italy of 1925, not Joe Biden’s American presidency of 2021. This so-called ‘cancel culture,’ should it continue on its iron track, will spell the doom of US democracy only to be replaced by something altogether un-American.