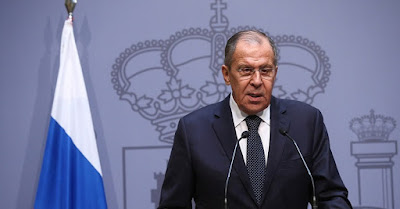 Minister Sergei Lavrov on Thursday warned that anti-white racism might be building in the United States and said that political correctness “taken to the extreme” would have lamentable consequences.

In an interview with political scientists broadcast on national television, Moscow’s top diplomat said Russia had long supported a worldwide trend that “everyone wants to get rid of racism.”

Russians are more fascinated by the images of the mass protests in response to George Floyd’s death.

In Russia today, it feels just like there is a gathering storm. But no one knows anything about it. It’s like on a hot and oppressive summer day when there is barely a hint of storm clouds on the horizon, there isn’t even a short clap of thunder and it won’t rain, but all the same you’re anxious, and you hurry home because you don’t just feel it — you know that something terrible is about to happen. Even though of course there are no obvious signs of the gathering storm.

Taken alone, the results of public opinion polls measuring popular support for President Vladimir Putin or people’s willingness to take part in protests are not enough to gauge the current political climate.