There is a long American legacy that identifies the American citizen as being imbued with the “Pioneer Spirit” of determined individualism. Yes, the term was born out of the pioneers that pushed their wagons westward, but it truly could also be found before that, in the Pilgrims who left England and equally after that, in the myriads of immigrants that grew America during the Industrial revolution.

Being an American came to embody a sturdy, self reliant, self-motivated individual that would ask nothing of a government other to be left alone, to hone their future and live with the consequences of success or failure.

Today’s American is no longer self-reliant, self-motivated, independent or able to grab life by the tail and tame a passion for living beyond government rules. Sure there are some that live off the grid, but in many cases they still receive government subsidies and handouts.

The political left in this country have sold their “Pioneer Spirit” to the “collective soul” of communistic socialism. They have taken the word soul from an individual’s spiritual conscience, into the nonsense world of collective social justice. Instead of each individual being responsible for making moral decisions based on their actions or inactions, as all religion requires of its parishioners, the left has erased religion and moral code and replaced it with victimhood and social justice ideology.

Victimhood is a defeatist’s mentality that shifts the blame of oneself onto the ills of society. Victimhood encourages people to shirk responsibility for a lack of success onto the burden of someone else, thereby killing ambition, accountability and negating a true assessment of one’s strengths and weaknesses. Lacking self awareness leads to a whole lot of missteps in life’s paths.

It has never worked in any societal age, such as the Spanish Inquisition, Salem Witch Trials, and the Nazi Party. Even though today’s cancel culture can’t be compared to those abhorrent historical times, the danger of elites forcing people to think and believe a certain way, is the main ingredient to the rise of tyrant leaders and gang mindsets, that lead to unspeakable acts and destructive division. The so called “cancel culture” has already shunned conservative thought base on nothing more than their collective indoctrination that those that don’t agree with them are bigots, racists and unwashed illiterates that need to be banned from their first amendment. It is a dangerous groupthink mafia running unchecked in America and it seems no political party wants to take on this anti-American mob.

Individualism and morality were the essential quotients that made America a great nation and yet sadly today those same ingredients are being conflated and destroyed. Morality was the glue to keep society in check and staunch individuality was taught to dissuade one from using other’s mistakes, as justifying against your own responsibility to be accountable. Remember: “If everyone jumped off a cliff, would you do it?” argument that children were taught when they used other’s actions to justify their own actions?

There are many moral divides in America today between the left and the right, but as cloudy and murky as media wants to paint these as grey areas, the morality of these issues are not that hard to plainly expose. Religion, patriotism, and family are all under attack by the left which wants to demonize individual soul and church going beliefs in order to allow reckless Rousseauian self-ism to be supplanted in American society. 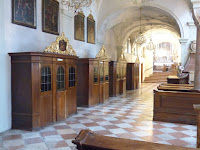 Oprah’s new “super soul” promotion might just be an advertising gimmick, but the notion of a “woke super soul” is a dangerous notion indeed. Worse, she is interviewing celebrities and making the analogy that these elite people, own “super souls” while I guess the rest of us must be what? Lost souls?

Soul is your conscience and only you and God can actually judge its honesty and virtue. Doing charitable and philanthropic acts of generosity might be a peek into a good soul, but we have also seen many times that some seemingly humanitarian do-gooders are only assuaging a guilty dark soul with largess from ill-gotten gains. So sorry Oprah, there is no such thing as a “super soul” and even Mother Teresa would agree.

Why does the progressive left want to destroy America? Why does the left want to regress this free prosperous nation into a land of cultural chaos so many already escaped from as immigrants? No, cancel culture cannot inspire a nation, grow a nation or propel us forward and the people that knows this best are the corrupt politicians and the corporations that own their souls.

The victimhood of the left is completely reliant on using an age old bully tactic or extortion on the Democrat Party and our government. Justice Roberts is afraid of riots and doxing and refused to hear the many 2020 election cases. Black Lives Matter convinced major sports to politicize their games. Progressive environmentalists have pressured energy corporations to promote the green new deal, and now multiple corporations have boycotted a state for passing an election law intended to insure against fraud and mishandling of ballots for future elections. Why would corporations be so complicit with lies and the Democrat party? Simple, they know the Democrats are corruptible and a thief is easier to manipulate than an honest moral minded person. The oligarchy knows what it is doing.

However, patriotic citizens still hold fast and steady to basic principles of morality, fairness and common sense will not be cowed into accepting inane notions like gender fluidity. If that makes conservatives not have a “super soul” so be it. If believing in two sexes make conservatives be judged as deplorable by the left, then so be it. If believing government should not be the “god” in our world, that borders need to be secure, and that justice must be blindly fair and equitably meted out, be judged as bigoted, then so be it. Our souls are not judged by the religion hating left, they are judged by our conscience and God.

We are the government OF the people, BY the people and FOR the people. So even if it appears that the victimhood guilt tripping left, has taken over in the latest political battles, we all must remember it is the winning of the war that counts. We need to stay strong, wily, individually resilient and morally adherent to our soul with fundamental determination that truth and justice is all that matters. Society is not your friend when it treats you as the enemy, but you must treat people with kindness and compassion nonetheless and hope your example shines the bright light of goodness into their militant minds.