How Two Doctors Added to the Covid Death Toll 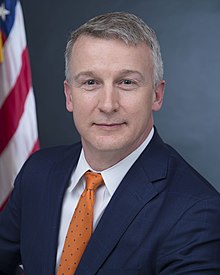 Dr. Rick Bright PhD and Dr. Janet Woodcock MD are the names to remember as they are the center characters involved in incorrectly claiming that Hydroxycloroquine (HCQ) was a dangerous drug that could cause heart problems in Covid patients and should not be used in off label use.

Now Dr. Rick Bright was director of Biomedical Advanced Research and Development Authority (BARDA) under the direction of President Barack Obama. He continued in this position under President Trump. It’s important to understand that Dr. Bright in not a medical doctor only a research doctor.

On March 23rd he was directed by HHS Secretary Azar (his direct boss) to establish an Expanded Access Investigational New Drug (IND) for HCQ through his agency BARDA. This would allow storage of HCQ in the National Stockpile to be used in outpatient setting in the onset of early Covid treatment.

Here’s where things went drastically wrong, in a move of gross insubordination, Bright refused to follow Azar’s orders and instead went to the media as a supposed “whistleblower.” Because Bright was not a medical doctor he was unaware that the use of HCQ was in fact wide spread and had been deemed safe treatment for Lupus and Rheumatoid Arthritis for 50 years at dosages much higher than the amount to be given for Covid. He also incorrectly assumed that the use of HCQ was responsible for cardiac problems. Sadly the heart problems were caused by Covid and not the HCQ.

Enter Dr. Janet Woodcock MD, head of the Drug Evaluation and Review at the FDA, on May 24th. She advised Dr. Bright rather than making application for an IND to instead make application for an Emergency Use Authorization (EUA). This was a seriously flawed idea because it now tied the drug’s use to a hospital setting rather than an outpatient use, as HCQ is most effective in early stage symptoms, not late stage. 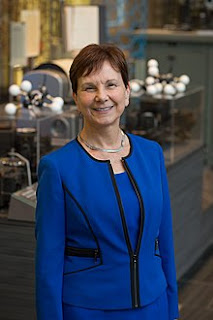 Dr. Bright gave into Dr. Woodcock’s idea of requesting a EUA Rather than an IND as a “compromise position.” On March 29th the FDA issued a EUA and thus sealed the deal on only late stage Covid Treatment in hospital setting. Dr. Woodcock had long been the head of Drug Evaluation and Review at the FDA and was certainly aware of how the two protocols worked, but never the less made her opinion known to Dr. Bright.

It’s sad to know that these two Doctors have caused so many more deaths from their poor judgments, actions and gross insubordination, not even to mention the embarrassment to President Trump.

This is how these two doctors have been rewarded by the Biden Administration Dr. Woodcock is now acting commissioner of the FDA and Dr. Bright has been named to a 13 member Coronavirus task force.

Funny how they should actually be charged with a crime against humanity rather than being promoted by President Biden!