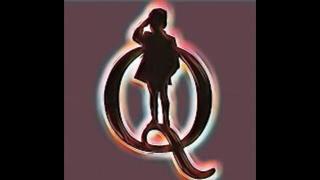 (Natural News) In case you haven’t noticed, Child Protective Services (CPS) agencies all across the country continue to be exposed for kidnapping children and separating them from their parents based on bogus accusations. And one of the ways they’re doing this is with “predictive analytics” software, according to new reports, from which CPS utilizes computer-generated assessments to determine which parents “deserve” to have their children stolen from them by the state.

During a recent episode of The Campaign Show with Patrick Howley, a father from Ohio named Aaron whose daughter was abducted by CPS thugs several years back explained how these state-sanctioned child abductors used predictive analytics against him and his family as justification to steal their child and place her in foster care for three long years.

Like many other American parents, Aaron was targeted by CPS for illegitimate reasons, and his daughter needlessly victimized as a result. And as is always the case, CPS was never held accountable for these crimes against humanity, which appear to be one the rise, because activists are apparently too busy protesting the “cages” holding illegal alien children at America’s southern border.

“Social workers have literally written in their reports to the courts that a parent has characteristics that might indicate that they may abuse or neglect their child in the future, even though there is no evidence that they have harmed their child in the past,” Health Impact News‘ Terri LaPoint writes about how CPS is now punishing people for “pre-crimes,” much like what was depicted in the dystopian film Minority Report.

“Instead of being presumed innocent until proven guilty, everyone involved with CPS assumes guilt, even in the face of no evidence of guilt,” LaPoint adds. “Some jurisdictions are taking this presumption of guilt without evidence a frightening step further: they are using ‘predictive analytics’ to see which parents MIGHT abuse or neglect their children in the future.”

For more related news, be sure to check out Corruption.news.

If you want to keep your children, avoid being involved with the government whenever possible

Besides completely violating the constitutional tenet of innocent until proven guilty, these child abduction tactics being employed by corrupt CPS agencies are also said to be unfairly targeting racial minorities.

A ProPublica report found that predictive analytics is a recipe for criminal injustice, as it’s been repeatedly identified as a culprit in disproportionately false-flagging black defendants as “future criminals,” a made-up concept that has no legal backing since it doesn’t actually exist.

Because of this, parents need to be extra careful when reaching out to state officials for anything involving their children, as one wrong move could land them on the “pre-criminal” list, making them ripe targets for illicit child abduction by CPS agents.

“So listen-up ‘at-risk’ new mothers: In the world of predictive analytics, the fact that you reached out for help when you needed it and accepted assistance on how to be better parents isn’t a sign of strength – it’s a reason to consider you suspect, and make it more likely that your children will be taken away,” LaPoint warns.

“The campaign for predictive analytics is led largely, though not exclusively, by the field’s worst extremists – those who have been most fanatical about advocating a massive increase in the number of children torn from everyone they know and love and consigned to the chaos of foster care – and also by those most deeply ‘in denial’ when it comes to the problem of racial bias in child welfare,” she adds.

See Trafficking.news for more coverage of child trafficking in America.