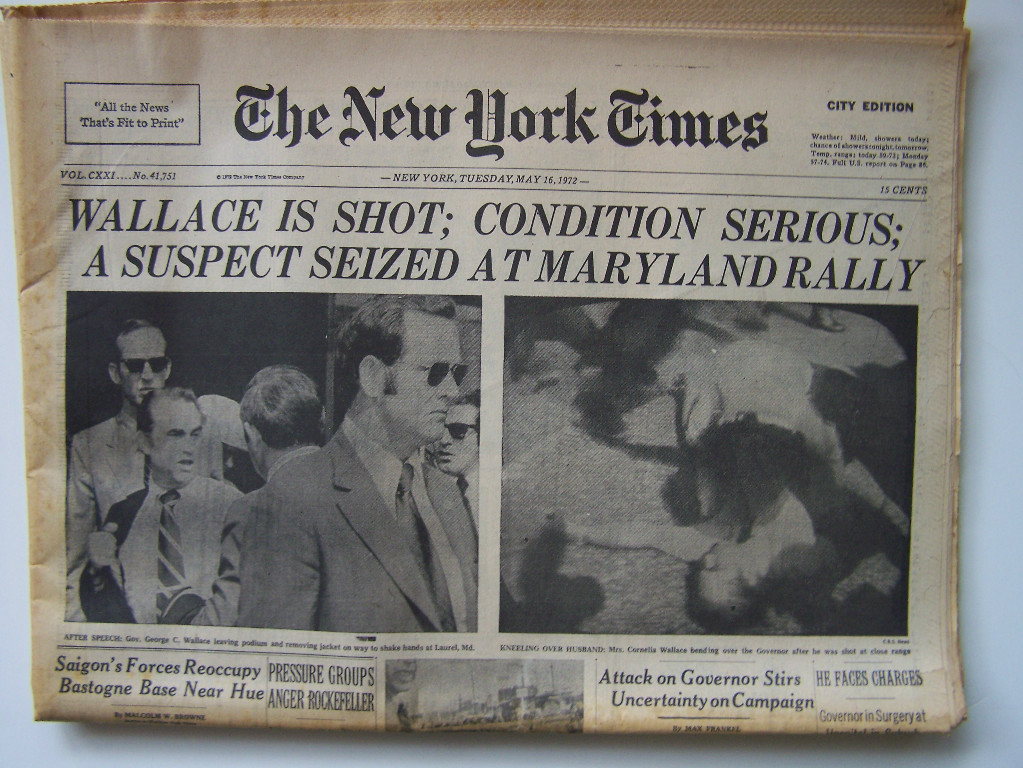 On this day in 1972, George Wallace was shot during a campaign rally in Maryland.     It was a shocker!

He will always be remembered as the man who may have made the Nixon presidency possible.  We don’t know for sure but many of those southern states (46 electoral votes) would have probably voted for VP Humphrey, as Texas did in 1968. Who knows what other states outside of the South would have gone to Humphrey without Wallace?