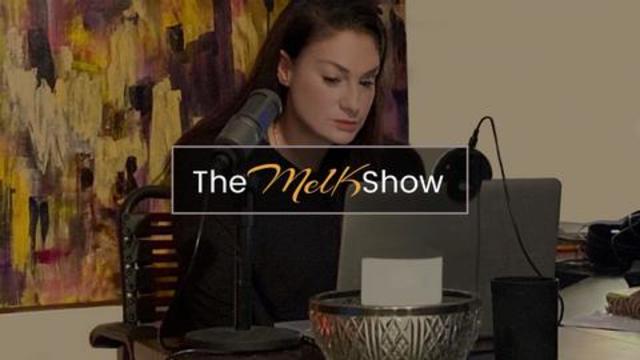 ER Editor: Below is a great review piece joining the dots by bilingual Italian journalist Cesare Sacchetti, who first drew our attention to ‘Italygate’ in relation to the massive fraud in the recent US presidential elections. He doesn’t mention it below, but Sacchetti has also drawn attention in his Twitter and Telegram posts to how the Italian MSM have recently been hosting creatures like Nancy Pelosi, Gates and Obama (see here and here). He does a solid job in linking globalist/NWO concerns and current events globally with what is happening in Italy. Italygate is a hornet’s nest waiting to be exposed.

Globalism created the Covid terrorist operation to trigger the Great Reset: Italygate is still the scandal that can foil the NWO plans

Conceiving the Covid terrorist operation does not date back to 2020. The globalist élites were already seeking in the previous decades a catalyzing event to drag the world towards global dictatorship.

(Natural News) David Rockefeller himself revealed in a UN dinner in 1994 that everything was ready to usher in the New World Order.

All that was needed was a “right and major crisis” which would have forced the nations to surrender their sovereignty to the one-world government desired by the globalist cabal.

Basically, the principle of globalism has always been the same. The artificial crisis would play a major role in destabilizing the political scenario and in allowing the world government plan to advance forward.

There were several options available to trigger a major crisis, but the cabal chose the “pandemic” solution, and their intentions were not hidden in some secret document.

Everything was published in 2010, and it was once again the Rockefeller family that announced these globalist plans in one of their official documents called “Operation Lockstep”. By choosing the term “lockstep”, the Rockefellers were perfectly describing the global authoritarian society that will rise after the artificial “health emergency.”

The Rothschilds have been exercising their influence mainly over Europe, while the Rockefellers have had control of the United States.

However, in the document previously mentioned, all what is happening now with COVID is perfectly described: An unknown animal virus suddenly mutates and infects men. To cope with this new “threat”, the world governments decide to establish an authoritarian rule over society.

Movements are restricted and mask mandates are enforced exactly in the same way that occurred after the Covid crisis.

Later, the world economy completely collapses because all economic activity is halted due to the continuous lockdowns enforced by the governments.

Once the world plunges into chaos, nation state sovereignty gradually disappears and is replaced by major supranational structures.

Then, the world is divided in several blocks and each one of these blocks is ruled by these supranational entities, which are in the hands of the industrial and banking powers.

These entities will then be the main foundation of the future world government.

Therefore, the strategy of Freemasonry and globalism is always the same. Ordo ab chaos. The planned chaos would serve in this matter to create an outcome or a “solution”, which was already set up by the same architects of the destabilization.

At this point, it is important to carefully consider the timeline. Once the Rockefellers reveal in 2010 that the “pandemic” will drag mankind towards the NWO, five years later, in 2015, the Moderna labs are already at work developing the mRNA vaccines that will be distributed in 2021, during the Covid crisis.

According to several scientists and physicians, these vaccines can change human DNA. To better understand what kind of harm these drugs can do to the world population, it is certainly helpful to quote the French scientist, Alexandra Henrion-Claude, who described the decision to give these vaccines to healthy people “complete madness”.

Once the mRNA vaccine is inside the human body, the potential molecular interactions are virtually unknown and the immune system could be completely upset by the technology of this vaccine.

Moreover, according to Dr. Michael Yeadon, a former Pfizer scientific director, the mRNA vaccines can also sterilize the people who receive them.

In other words, the vaccines would be the perfect way to reach another fundamental goal of globalism, which is the reduction of world population.

All this without considering the people who are already dying from the adverse reactions of the drugs.

The American doctor, Sherri Tenpenny, has recently revealed how millions of people could die because of the side effects of these vaccines.

The paradox in this story is that the alleged “cure” recommended by the system would be the real “disease”.

The virus is the vaccine itself.

Therefore, the preparation of this crisis was already in progress during the previous years and the “pandemic” would have been triggered in any case in the present time.

The unexpected event not foreseen by globalism: Donald Trump’s election

The unforeseen event that upset the globalist plans was the election of Donald Trump in 2016.

The Covid terrorist operation would have been triggered in any case, but the élites wanted a Clinton administration that would have led the world towards the NWO without obstacles.

If this happened, Russia would have been completely isolated and the Great Reset announced by the Davos Forum would have already been a reality now.

The possibility of Trump’s election was not considered at all because the system couldn’t afford to lose control of the US, which is a chess piece too important in this game.

One of the most influential freemasons in history, Manly P. Hall, clearly explained why America is so important.

In his 1944 book, named “The secret destiny of America”, Manly P. Hall reveals how America’s mission was to lead the world towards the NWO.

The economic and military superpower of this nation had been used for decades to hit and overthrow all the world governments that defied the deep state and tried to defend their own national independence and sovereignty.

Loading...
"Not by might, nor by power, but by my spirit, saith the Lord of hosts." Zechariah 4:6
BEFORE IT'S NEWS ON TELEGRAM
GET THE TELEGRAM APP - https://telegram.org/ JOIN OUR CHANNEL - https://t.me/BeforeitsNews
Read it..
BEFORE IT'S NEWS
SIGN UP FOR OUR NEWSLETTER
Today's Top Stories
Juan O Savin – The REAL Story Of The Obama’s, Epstein!
We Are Living Through The Deep State's Last Days! - On The Fringe Must Video
Benjamin Fulford – “World Military and Intelligence Agencies to Remove Western Civilian Governments”
Simon Parkes - Current Vital Update (Video)
X22Report: If You Know The Deep State Playbook How Can You Trap Them For The World To See? - Must Video
Magnetism - Intentionally Added To mRNA Shot! Warning Label: Not For Use In Humans! - Must Video
New ShariRaye: Elites Arrested & Executed!
Reiner Fuellmich: Worldwide Legal Cases & What's Coming This Fall & Winter
Situation Update: Explosion At Pearl Harbor! Possible False Flag? - Must Video
Situation Update, June 9th, 2021 - Wuhan Collaborator Peter Daszak Admits To Developing "Killer" Coronaviruses With Communist Chinese! - Mike Adams Must video
Loading...
Featured
State Of The Nation | The Armchair Political Analyst – Will Joseph Biden and Barack Obama be executed for TREASON?
Mel K Big Pharma Insider Michael L Answering Questions, Connecting Dots & Frequencies 6-10-2021 - Must Video
Situation Update, June 10th, 2021 - China's TOTAL WAR Against America May Be Just MONTHS Away! - Mike Adams Must Video
DOJ Releases Biden Gun Confiscation Order Legislation
You Are Watching The Final Destruction Of America! - Truth & Art TV Must Video
“Fresh and Never Frozen” : The Horrifying Government Purchase of Fetal Organs
Magnetism and Reactions
X22Report: The Economic Crisis Narrative Begins! It’s Time To Wake Up The People! - Must Video
Inflationary Thursday – CPI Keeps Going Up
Tucker Carlson opener on Kamala Harris is excellent
Top Global
Health Officials Target Younger People As Vaccination Rates Stall
Crypto becomes legal currency
David Icke: The Indian Variant - A Scam To Prolong Lockdown! - Must Video
🚨DO NOT TAKE PCR TEST or CV19 VACCINE; BEFORE WATCHING THIS MIND-BLOWING REVELATION!!!
Foo Fighters, Springsteen, Strokes Only Allowing ‘Fully Vaccinated’ to Attend Concerts
What Those Holes in Your Electrical Plugs Are for
TPTB Won’t Like This: Mexican tv show try to debunk the magnet challenge but watch what happens!!
Turkey’s Offer to Run Kabul Airport Aims to Project Power Over Kashmir Against India
Essential Facts That You Need to Know About Bitcoin!
How to Get Your Bitcoin: Follow These Steps
Loading...
Top Alternative
Partial Solar Eclipse Images from Around the World
David Icke: The Indian Variant - A Scam To Prolong Lockdown! - Must Video
TREASON: ‘Biden’s’ Racist Tool for Military Purge
Health Officials Target Younger People As Vaccination Rates Stall
Team Federal Shooters Finished on Top at Trapshooting Championships
12 Genius Inventions That Should Exist Everywhere
12 Most Unusual Restaurants That Actually Exist
Foo Fighters, Springsteen, Strokes Only Allowing ‘Fully Vaccinated’ to Attend Concerts
Cicadas: Don Your Gay Apparel And Let’s Get It On
Top Recipes for Quick Dinner – UK Style