While this is very good news, it rather exposes something interesting

NC will no longer require mask, social distancing in most places 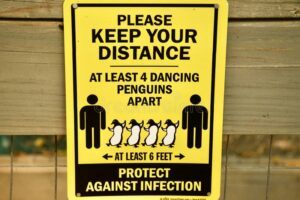 About six weeks shy of a year behind face coverings, North Carolinians have more places where they can shed the mask after Gov. Roy Cooper announced on Friday that the state would no longer require masks and social distancing.

North Carolina’s change to the mask mandate falls in line with updated guidelines released by the Centers for Disease Control on Thursday. The state will still require mask use by all people in public schools, healthcare settings, in childcare, on public transit and in prisons.

All current capacity restrictions in indoor spaces have also been lifted. (snip)

So, even though the daily cases is the same as when Cooper enacted the mask mandate, he removed it? What’s different now? Especially since his plan had been to wait for 66% with one vaccination shot (which isn’t really helpful). Could it be it was a political decision back last year? I’ll give Cooper the benefit of the doubt for back then, since he really hasn’t been horrible and dictatorial like many a Democratic governor/mayor throughout this. But, this sure looks like a political decision now. My personal theory is that it is meant to try and stimulate NC’s economy, especially after the pipeline disaster (which is still going on, because foolish people are freaking out and getting gas when they do not need it yet). Why else remove all three?

But, masks being gone is a good thing. I was never a fan, since they enticed people to get too close, and even touch people. Businesses, however, are allowed to keep their own mandates if they choose

(WRAL) After the governor’s announcement, O2 Fitness in Raleigh dropped their pandemic restrictions. This comes as welcome news to gym members like Emily Van Schagen.

YMCA of the Triangle also announced they would be dropping their mask requirement on Friday. The YMCA has also asked that individuals who are not fully vaccinated continue wearing masks.

Lynn Minges, president of NC’s Restaurant and Lodging Association, said Friday’s announcement was good news for business owners.This year has been tough on the restaurant industry, and we’ve had to say goodbye to many local restaurants.

Minges said many businesses will likely still encourage their employees to wear masks. Most likely larger brands, like McDonald’s, will still require masks.

Many supermarkets and businesses said they will require masks, and not just in NC, but states without mandates and are lifting them. Some, like Walmart, say they will only require for the unvaccinated. How will you tell? Will I have to show my vax card, either the paper version or the photos I took? The Washington Post is Very Upset that the CDC lifted their mandate. Which has no force of law, but, is swaying many states (this map doesn’t include the change to NC)

Kentucky @GovAndyBeshear will drop almost all restrictions, including mask mandate for unvaccinated, on June 11th. Why June 11th? Because state Supreme Court hears arguments against his executive orders on June 10th, so he’ll argue cases are moot. https://t.co/nO0K3hZj1e

Politics. But, I’ll take it. Though I think it was a mistake to remove distancing. That, washing hands, not touching your face, and not touching other people were probably the smartest ideas.