Biden erased decades of historic crimes in his speech to Congress 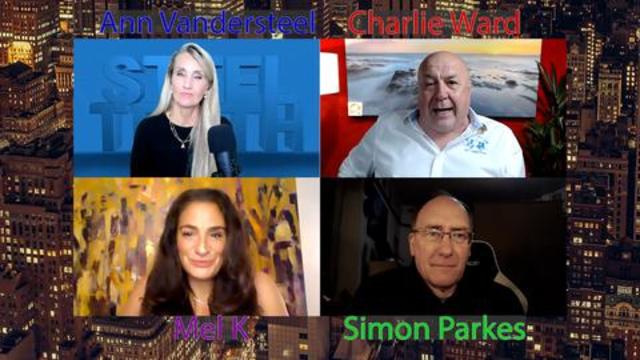 (Natural News) As President Biden wrapped up a 65-minute joint address to Congress to mark his administration’s first 100 days, what was shared in the lead-up to his speech sowed discord over the entire affair:

Sure enough, the President delivered on this. Opening his address, Biden stated, “I took the oath of office — lifted my hand off our family Bible — and inherited a nation in crisis. The worst pandemic in a century. The worst economic crisis since the Great Depression. The worst attack on our democracy since the Civil War.”

Yes, the January 6th siege on the U.S. Capitol building, often alluded to as an “insurrection,” was an embarrassing day for our country. But to suggest that it was “the worst attack on our democracy since the Civil War” is disingenuous at best. At worst, it’s a malicious attempt to whitewash the history of attacks carried out both by and on the government that have had much more catastrophic results.

Apart from the September 11th terrorist attacks that targeted the country’s financial system, Al Qaeda terrorists attacked the defenders of our democracy when a hijacked American Airlines flight 77 flew into the Pentagon. Were it not for the heroes who resisted against the hijackers of United flight 93, Al Qaeda’s attempt to fly a commercial airline into the White House or U.S. Capitol building would have come to fruition. Despite being a horrific tragedy, 9/11 has been dismissed by some as being explicitly a “foreign attack,” not one from within.

So, let’s explore attacks on our democracy from within.

Following 9/11, the Bush administration, in conjunction with Congress, expedited the passage of the Patriot Act, a wide-sweeping national security law that infringed on the civil liberties of every American in the name of fighting terror. The Fourth Amendment became a relic of the past as the government’s power to surveil and spy on its own citizens reached its peak. Individuals who shared names with persons of interest or suspected terrorists, including U.S. citizens, landed on government no-fly lists, restricting their right to freely move about the country for dubious reasons and with no due process or recourse. And even worse, many had their right to due process eviscerated when they were detained by the newly-created Department of Homeland Security and found themselves at Guantanamo Bay without even being charged with a crime.

Yet this is not the first time that American citizens, or even permanent residents for that matter, had their rights infringed upon by the government.

As the FBI was formed in the early 20th century, Americans whose ideologies were at odds with the government’s interests were often targeted by the agency’s longest-serving director, J. Edgar Hoover. In the eyes of the FBI Director, Dr. Martin Luther King Jr. was a suspected communist given his ties to Stanley Levison, whose suspected pro-communist activities were monitored by the FBI in the 1950s. Although Dr. King has been viewed as one of the most consequential leaders in American history due to his role in the civil rights movement, at the time, Hoover and many in the FBI viewed him as a threat to our democracy, ushering in communism under the guise of “civil rights.” The FBI infamously blackmailed Dr. King by sending him a letter advocating he commit suicide.

The Red Scare was so severe in the United States that the government actively sought to chip away at Americans’ First Amendment rights to prevent the spread of such ideas. And through the Lavender Scare in the early 1950s, thousands of people were forced out of government service for simply for being suspected of being homosexual.