It’s rather nice to see more and more people realizing that the anthropogenic climate change movement is not about science: it’s about Modern Socialism and runs like a cult 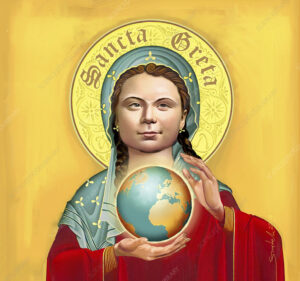 In a departure from his typically measured rhetoric on energy and climate policy, Sen. John Cornyn derided concern about climate change as a “cult” during an energy summit in East Texas.

“It’s pure fantasy. … This is part of the cult, or religion, of renewable energy,” Cornyn told a group of oil and gas executives Thursday in Tyler. “This is just the Green New Deal wearing other clothes.”

The senator was responding to a question about whether he agreed with a sweeping Biden administration plan to transition the energy sector to 100% emissions-free electricity by 2035.

Referring to climate change advocates as a cult is an unusual move for Cornyn, a reliable booster of Texas’ fossil fuel industries who, unlike Sen. Ted Cruz, has not overtly denied that potentially catastrophic changes are underway in the climate largely because of human activity.

It is a cult. A cult full of hypocrites who mostly refuse to practice what they preach, but a cult nonetheless.

Cornyn has been a vocal critic of efforts to get electric vehicles on the road, saying the push subsidizes pricier vehicles for wealthy Americans.

“I support efforts to reduce carbon emissions, to preserve our air, land and water for future generations,” Cornyn said last week on the Wyden bill. “But those efforts don’t have to come at this sort of exorbitant price. You can support all energy sectors and innovation and conservation. These are not mutually exclusive.”

If this was all about fixing the world’s climate, thinking that they can actually do that, the Believers would be doing all they can to reduce their own carbon footprints. They don’t. They just want to force Other People to do so. If only more Republicans would point this out.