These are the same people who didn’t want traitor Bradley Manley prosecuted, who want to kick Conservatives out of the military for Wrongthink, and are protecting General Milley after he broke numerous rules of the Code of Military Justice. The same ones who demonize the unvaccinated and want them fired from their private sector jobs and not allow them to leave the house. The same ones who have no problem with illegal aliens being released on a “promise” to return for their court date without being vaccinated 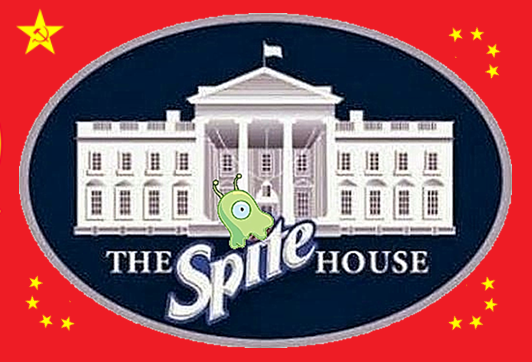 The Biden administration has come out against an amendment to the defense budget that would prevent the Pentagon from dishonorably discharging service members who refuse to receive the COVID-19 vaccine.

The Office of Management and Budget said in a statement Tuesday that the administration “strongly opposes” the amendment, arguing that if it’s implemented, it would “detract from readiness and limit a commander’s options for enforcing good order and discipline when a Service member fails to obey a lawful order to receive a vaccination.” (snip)

Tennessee Republican Rep. Mark Green, a veteran, has led the push to prevent the military from discharging service members who refuse the vaccine with any distinction other than honorable via the National Defense Authorization Act.

“I am disgusted that the Biden administration is trying to gut my amendment to the National Defense Authorization Act that prevents anything but an honorable discharge for servicemembers who refuse to get the COVID-19 vaccine,” Green told the Washington Examiner in a statement.

“Every Democrat on the House Armed Services Committee agreed to my amendment. It is tragic and horrifying that the Biden administration can’t respect the rights of our military that every House Democrat on the Committee voted for,” he said.

No one should be surprised. The Biden admin decided early on to use the stick rather than the carrot to get people to get vaccinated. And not allowing honorable discharges for refusing to take a vaccine which, while it has been fully approved by the FDA, hasn’t even been out for a year yet. It usually takes years before something like this is fully approved. No one really knows what the full side effects are, and they’re still trying to figure out how effective it is. And any other than an honorable discharge would ruin their lives.

Non-active-duty Marine Corps and Navy Reserve service members need to be vaccinated in full by Dec. 28, reserve Air Force personnel have to get the shot by Dec. 2, and Army reservists need it by June 30, 2022.

Yeah, Surrender Joe even wants them kicked out

As far as effectiveness

(NY Times) Roughly 221 million doses of the Pfizer-BioNTech vaccine have been dispensed thus far in the United States, compared with about 150 million doses of Moderna’s vaccine. In a half-dozen studies published over the past few weeks, Moderna’s vaccine appeared to be more protective than the Pfizer-BioNTech vaccine in the months after immunization.

The latest such study, published Wednesday in The New England Journal of Medicine, evaluated the real-world effectiveness of the vaccines at preventing symptomatic illness in about 5,000 health care workers in 25 states. The study found that the Pfizer-BioNTech vaccine had an effectiveness of 88.8%, compared with Moderna’s 96.3%.

If the efficacy gap continues to widen, it may have implications for the debate on booster shots. Federal agencies this week are evaluating the need for a third shot of the Pfizer-BioNTech vaccine for some high-risk groups, including older adults.

Pfizer was originally said to be around 96% effective. Now it’s at 88.8%. And researchers are still considering if the efficacy drops more.

Consider also that the Biden admin coming out against honorable discharges will mean lots of military members voluntarily leaving before the November and December vaccination dates, and the military losing a lot of really good members with a lot of experience, harming the military. Who replaces them? You can bet it will be a bunch of Wokesters.