Remember when Hillary Clinton called half of Trump supporters an “irredeemable basket of deplorables”?

Well, it appears that the only people irredeemable are a basket of “woke” deplorables that will stop at nothing to exert their views on American culture, while “clinging” to their anti-gun fanaticism and woke-broke progressive religion.

Be aware when you hear terms like collusion, systemic racism, white supremacy, right wing domestic terrorism and insurrection; that the liberal progressives are talking about, for it is not us, but themselves they are referring. They project their wrongdoing on others, and of course the “others” are always conservative Americans or those that disagree with their communist ideology.

The complete fiasco of the Biden administration is not that they are too incompetent to keep America strong and successful; but rather the Progressive Democrats are actively trying to tear down this country’s culture and free enterprise system. They are preparing the way for the Green New Deal and Obama’s transformation of this nation into a third world Marxist’s vision where the Democrat elite run a socialist dictatorship.

The reason to call it an “elite socialist dictatorship” is because all socialist countries need a group of persons to make the dispensary decisions. Earmarking who gets what, in terms of money allotment, means whoever holds the purse holds the power. We already know how this idiot-ideology would work; it will not work. It however would create a strong oligarchy where elites would rake in billions while the rest of us would be counting pennies. History has borne out the failure of this leftist’s socialist fantasy, which is why our founders rejected both socialism and pure democracy. 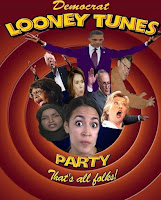 Our Republic is in peril because of the Democrat Party and the corruption in Washington. Greedy corporate lobbyists don’t care who they give the green to, as long as laws are favorable to their business interests. The American people must not hide in an apathy cave of disillusionment just because we feel powerless to affect change. We must endure the worst until the time is right for a real revolt by the people.

The first shot over the bow by the people needs to be voting out all Democrats at the local and national level. We may lose some battles but we must continue to use our voting voice to condemn anti-American politicians for winning places of power in our school boards and in our Capital.

It will be a long war, but at what price does one give up on American culture and freedom? We are at war with irredeemable Marxist’s deplorables which will destroy our nation for their own political and financial gain unless we stop them. Wake up from “woke” and be resilient and steadfastly defiant, for our enemy within are wily, cagy and wickedly hell-bent on making American citizens atheistic drones holding our hands and reliant on masters to feed us. We must resist the urge to give up and allow our nation to become overrun by power hungry control freaks. Keep chins up and your Constitution close.

Have a Happy Thanksgiving and bless GOD for all America is, and all America can be, and never, ever lose faith and hope. 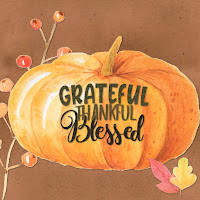