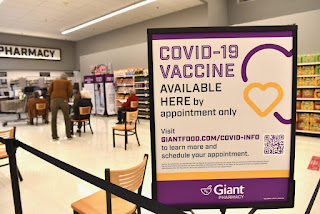 I don’t often write a rant about a particular business but today was the topper for me and the end of a business relationship with a pharmacy I have dealt with for about 2 years.

This particular pharmacy had received a prescription for me at 2:15 PM. I arrived shortly after to retrieve said prescription at 2:30 PM to be told that it was just received and it would take a while to fill it. I went to another doctor’s appointment and returned about an hour later to pick up my prescription.

Now to preface this situation, I had run ins with two particular counter people at this pharmacy in the past and looked at every trip there as a torture that I had to bear. The last two times they refused to offer the pricing that they had agreed upon with GoodRX.com. Both times the prescription dosages and amount of pills had been the same, and yet they had charged more each time.

I tried to offer the GoodRX codes twice before billing this time only to be ignored.

When I returned the second time at 3:30 PM I was shocked by the scene before me. At least 30 people sprawling around the pharmacy area taking every available seat (which was only 2.) What could this madness be? The answer was soon apparent Covid vaccine shots.

Obviously they don’t even adhere to their own policy of giving Covid Vaccines by appointment only as this would have alleviated the whole situation, but instead were just taking walk ins while under staffed.

Once again I asked if my prescription was ready, only to be told “It’s in the stage of the pills being counted” which I knew was a lie because my prescription comes in a boxed blister pack and merely required a label and out the door I’d go. I was given a number and told it would be another 15 mins. After 45 mins the number hadn’t even moved, so I inquired again. Same response, but this time I was told that I needed to be patient as the Pharmacy was short-handed and administering shots as fast as they could even though customers were receiving shots that arrived long after my prescription had arrived.

One such Covid vaccine recipient was a child under the age of 10 that they tried 3 separate times to administer the shot to but screamed her head off at each attempt, even prompting the mother to retrieve the family dog from the car to try to calm her. The tech attempted the vaccination 3 times and failed on every attempt, yet everyone was expected to endure this constant murderous screaming at every attempt. The parents, knowing that their autistic child would act this way, should have chosen another venue to administer the vaccine, but I merely viewed it as child abuse that I was forced to watch which turned my stomach.

Meanwhile people waiting for prescriptions are being pushed to the back of the bus so to speak.

This pharmacy had become a Covid Vaccine triage center that placed no priority on actually dispensing prescriptions.

2 hours and 45 mins. later my prescription was complete and as I presented my coupon for Good RX.com the cashier said in a rather surly tone, “Well now it’s going to take another 20 mins to rebill that!” Disgusted I pretty much had enough and started to leave when the Pharmacist came from behind the counter to try to tell me that they couldn’t honor the GoodRX price but this price was the best she could do. Her final offer was 60% higher. I paid the price and left rather disgusted with the whole experience. This will be the last time I ever use this pharmacy.

It’s really pathetic when the name on the front of the area says “Pharmacy” and yet that priority is ignored and turned into a state sponsored Covid Vax triage center instead!