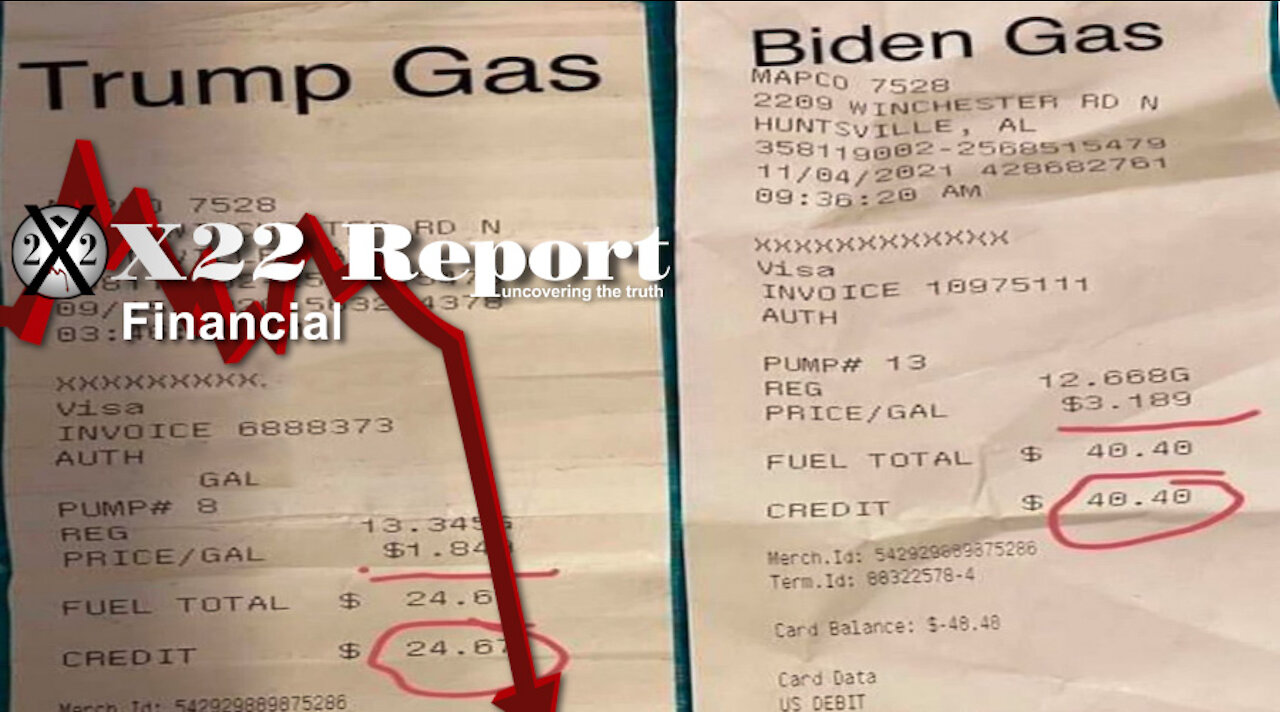 The people are seeing the difference between Trump’s economy and Biden’s [CB] economy. The people are logically thinking now. The [CB] is doing exactly what the patriots want, the patriot’s knew there would be inflation, if there is inflation what does the [CB] do next.