CEO Has a Tainted History at Pfizer 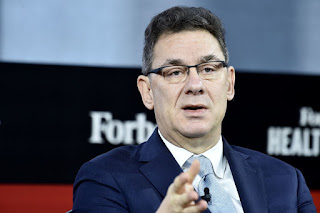 How did we not know about this earlier? Albert Bourla the present CEO of Pfizer was the head of their Animal Health Division from approximately 2001-2009 he moved around a bit within that division but was pretty much the head over that period of time.

This is where things got a tad murky, we are being told by Pfizer that side effects from their vaccine would actually show themselves at a very early time period. That isn’t always true as Pfizer has had a history of drugs being pulled from the market in the past, some as many as 15 years down the road.

This was the case with this vaccine for cows to prevent diarrhea. German scientists found that the vaccine caused fatal bleeding in their calves, and subsequently banned it. Undaunted the head of the Animal Health Division told Farmers in England that the vaccine was safe and the deaths were most likely from other factors.

This caused the deaths of thousands of calves until its final removal from the market.