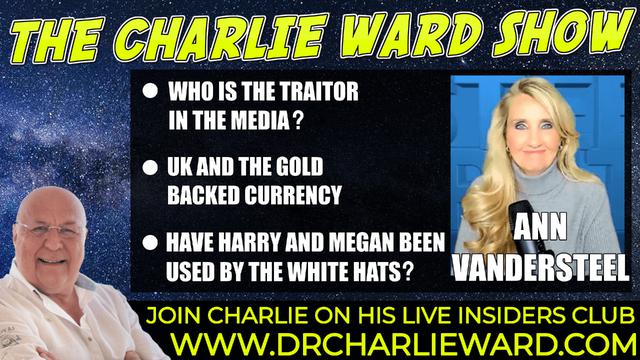 (Natural News) Long having hid behind the veil of the Fourth Estate, the institutions of mass media; that is, the major newspapers and their radio and television offspring, operated with certain latitude almost exclusively at the leisure of a ruling authority. Transparency, real or imagined, between the ruling class and vox populi became the purpose by which they were allowed to function. For the proletariat the media served, at different times, a savior in the face of oppression through the exposure of corruption on part of the bourgeois, while to the latter, they merely served as yet another mechanism of social control.

The idea of a free, fair and honest press is exactly that. An idea, irreflective of reality.

One of the great mistakes among conservatives in America, that is, to label those who believe in the promise of American values, the Constitution and the preservation of tradition, is hierarchical thinking when attempting to rationalize threats against them. Conservatives require stratification to define order, which in turn requires an underlying logic and pattern recognition. And in doing so, conservatives mistakenly label things contrary to what they in actuality are; prime example, the condition in which the mass media in America represents a very real and present threat to the people of the United States.

It is often said that news outlets such as CNN, NBC, etc. are representative of ‘Left’ values. While there is certainly a case that can be made for this assertion, especially considering their pushing of so-called social justice narratives and the consistent demonization of the entire Middle Class in America, simply labeling them ‘leftist’ is far too simplistic. What they represent is something more insidious than this; they represent the Power Elite, are the voice of the Power Elite, and serve to maintain the iron grip of the Power Elite around the throat of the Nation. A Nation that those same have since sold out.

We understand from Antonio Gramsci this concept of cultural hegemony. With a social structure, more broadly termed the superstructure, rules and boundaries are created with different parameters in differing levels of stratification. The higher in the pyramid, the greater the degrees of freedom. And with those levels of stratification come the associated uniforms – the houses, the cars, the clothes – all symbols of one’s status which incidentally come with an initiation into a larger belief system. Who defines such parameters? The next level in ruling class hierarchy. In short, the rulers define the rules, usually not operating by them on their own. Equality is a false god.

This would serve to explain why billionaires can lecture us about such concepts as climate change and carbon footprints from their modern castles and leer jets. We’re polluting their Earth, mind you. And there’s too many of us. A few less of you would be better for the public health.

So this brings us back to the institution of the media, the storied fourth estate, and their role as the glass ceiling between that same Power Elite and the same Proletariat they claim to serve. That glass ceiling is the lens by which they view us and we are meant to view them, offering a definition of the very same standards surrounding class and the associated roles and functions in society. And if that requires a lie, well, then, lie to your heart’s desire.

As we have seen in the horrific events in Waukesha, Wisconsin, the media is performing its function predictably in concealing, or outright obscuring, the facts. In this case; a career criminal, BLM supporter, and incredibly evil human was allowed to continue to victimize until his final act of terror upon a Christmas parade. We need not an explicit statement of mens rea to know why he committed this act. We didn’t need such a statement from Dylann Roof or Brendan Tarrant and should not have, but yet, we find ourselves petitioned to believe an absolute absurdity that first, this subhuman was fleeing a police chase and when that story failed, that he was fleeing another crime of some sort. Its a race to bottom through an attempt to sidestep what really occurred; mass murder and an act of terror on part of a useful idiot.

What Americans consider the Left of today is really nothing of the sort; claiming they somehow serve the ‘working class’, they’re a loose amalgamation of druggies, petty criminals, losers and misfits not being able to hold down a job much less anything productive, they are little more than an instrument of chaos when the need arises. Their forebears, products of the 1960s, found a home befit a termite in wood among academia with the same result. But they long since sold out to various corporate interests in the form of research grants, leaving the following generations studying nonsense caustic to any functional social system. They serve their corporate masters. CHAZ would never, and could not, threaten Amazon, Starbucks or Microsoft in Seattle. The second they did in any measurable way they’d be crushed. Perhaps not overtly, oh no, that’d destroy the hegemony as Gramsci warned. Instead, their overhead protection in the prosecutor’s office would simply quit answering the phone. The ACLU-supplied lawyers, bail money and Judge-shopping would all of a sudden vanish. And the heroin-riddled street urchin, replete with piercings and catch phrases, would be fed to the wolves in a gang management unit. Because despite lip service to the contrary, those organizations serve those same corporate interests. Their cash flow is a tax write off.

This recognition returns us to the media. Their lies and complicity in fomenting these crimes have only served to grow corporate interests; ask yourself who bought those sections of town burned down by riots on part of communist trash. The work and lives of middle class business owners, who wagered it all to gain a piece of the American dream only to have it crushed by a communist menace incapable of creating or maintaining order, sold on ideas propelling its actions out of its own self hatred. The Power Elite fully recognizes that a people incapable of figuring out one’s biology have no hope of autonomous rule. Here’s your insurance check, have a good one. Cash out and get a timeshare. Social Security will cover you from here.

The media created this monster, concealed the facts when the narrative would not support their puppet, and the very same ones will now revert to committing acts of terror on the American populace recognizing that street protests are so 2020. Its a mostly peaceful running over and gunning down. There’s a great reset, as we’re consistently reminded, and the same Power Elite wants us to own nothing, somehow liking it. Except for those who don’t, those who stand the most to lose, the very same lumpenproletariat that Marx defined as needing elimination before Revolution could begin the next phase of human development. Never mind that such a feat has consistently led to the greatest atrocities in history. It is the resistance to progress which must be crushed, clinging ever so bitterly to our God, Guns and Religion. This monster is the vanguard by which they seek to take complete control.

Make no mistake, Americans. The mass media is your enemy.