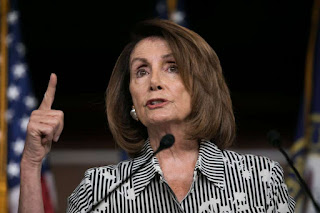 After continually making bad decisions one after another, the Democrats find themselves on a rapidly sinking ship. I think the liberal Justices might be on that same sinking ship.

After horrible misinformation lying blunders last week by three Justices that obviously get their talking points from CNN, Justice Kagan had the audacity to go to dinner Friday night with Chuck Schumer and Nancy Pelosi. Never mind that it might not look good to do that but it’s all part of the arrogance that the Dems throw in our face on a daily basis.

The Jan 6th committee has been a blatant display of partisan kabuki theater from its inception. Nancy Pelosi has rigged the deck from day one breaking the rules to accepting only Republican RINOS that share her obsessive fascination of trying to destroy Donald Trump and all his followers anyway she can.

We the people deserve answers about what Nancy knew and when she knew it. We deserve to know what her part was that fateful day. We deserve to know her reasoning for denying the Police and National Guard when everyone else including Donald Trump told her to active them.

We will never hear any questioning of Democrats about their part. Instead they parade teary eyed Police Officers crying about their parts that day and insinuations from ever leftist player about how they now have PTSD.

Democrats play the victim very well, but what remains is that one unarmed woman lies dead from that day at the hands of a rogue and previously reprimanded cop. A bad player that shouldn’t even been on the Police force to begin with has gotten a get out of Jail free card.

It’s a bad time we are living in right now, and it’s about to get worse before it gets better.

One thing I do however look forward to is this coming November when I can vote against my two liberal senators and every other liberal from my state. Their waterloo is at hand!