Russia’s Aggression May Affect You Personally! 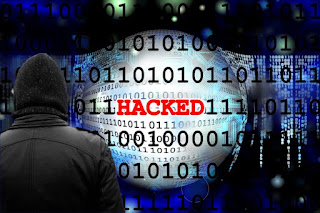 In 2019 and again last year in July according to Reuters News Agency Russia ran tests to disconnect itself from the outside world’s internet.

As of March 11th The government of Russia had declared that everyone within their scope of rule has to obtain a  (.ru) suffix to their domain. This will effectively remove them from any and all outside influence through the internet.

I can’t say that all of that will be bad for Russians, imagine having Facebook, Twitter, Google, YouTube all removed from your internet in one quick push of a button.

Elon Musk saw this a few weeks ago and has now offered his Starlink satellite system to all Russian countries, but that may all be a moot point because the dish to operate the system is about $500 US and the service is $99 US a month. This is far outside the reach of the average Russian family that makes about $250-$400 a week.

There is another darker possibility here too, Putin may be making plans to launch a massive Cyber attack on the outside world. Think about how easy it would be to attack any domain that didn’t end in .ru!

Putin claims that this move is entirely aimed at the aggressive nature if How America uses the internet and he is merely protecting the internet for his people. In effect what he is doing is holding his hand on the button of the ultimate censorship by way of control of his entire country’s internet. He would be the Mark Zuckerberg, Bill Gates, Jack Dorsey all rolled up into one central figure.

Here’s another tid bit for those of you who doubt he would do such a thing. A Russian spy ship named the “Yantar” known for spying on undersea internet cables has just left port in Arktik Russia for destinations unknown.