The Proverbial Noose is Tightening

As Investigations move forward the scope of subpoenas increases. On the Durham front more and more people are being interviewed. Some immunity has been offered in exchange for damning testimony against others who have invoked their fifth-amendment right against self- incrimination. All the players seem to head back to one person, Hillary Clinton.

If successful the Durham investigation will totally eliminate Hillary Clinton from ever running for any office in the future, and that is almost comically ironic. Her continual pushing of the lies associated with the Steele dossier was her effort alone to turn public opinion against Donald Trump. Ironically she might have ended her own career in the process.

On to the Hunter Biden Investigation that has been dragging its feet for well over a year. It has taken subpoenas over a year to be issued to Hunter Biden’s attorneys to produce all his financial records dating back to 2017 including IRS and business dealings. The FBI is still clinging to the statement that they have no idea as to the whereabouts of his laptop at this point, but that will hardly save him now. So many copies were made of that hard drive, that it will be inescapable for him personally. Also as part of this investigation Joe Biden’s records have now been subpoenaed as far back as 2014 when he was Vice President.

A new whistleblower has come forward in the Hunter Biden investigation that has now given testimony about Hunter’s business dealings and the fact that his father was in the room during those discussions, exposing yet just one more lie. 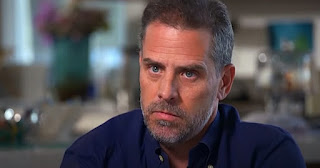 Hopefully the investigations will intertwine somehow as to the involvement of Obama Administration and their action to spy on the Trump Administration and to use federal agencies to do so. Watergate was mild in comparison to what happened then and yet no investigation was launched on that front, but Hillary Clinton was Secretary of State and Joe Biden was Vice President. It’s hard to believe that they no knowledge of what was going on during that time either.

I fear that all this foot dragging will eventually wander into the territory of Statute of Limitations, hopefully something will happen soon on both fronts. If things are successful on both fronts 2022 will be a blood bath for Democrats!