The strength of the attachment that some women develop towards a man never ceases to amaze me. The story below is an  enormously sad example of that.

We all know that women tend to like tall, well-built  men but what if the man is 6’9″ tall?  For one lady, a 56-year-old widow, it produced a love so strong she sacrificed everything for the chance of being with her man.   But her love was obstructed by his circumstances.  He was in jail for murder.

So there was no real hope that she could ever live with him.  So she tried a desperate gamble and when that failed she suicided. She could not live without him.

The love of a woman can be an amazing thing.  What women put up with from their men is a never-ending wonder: A very sad wonder in this case.  She was attractive and resourceful but her love betrayed her. A terrible waste 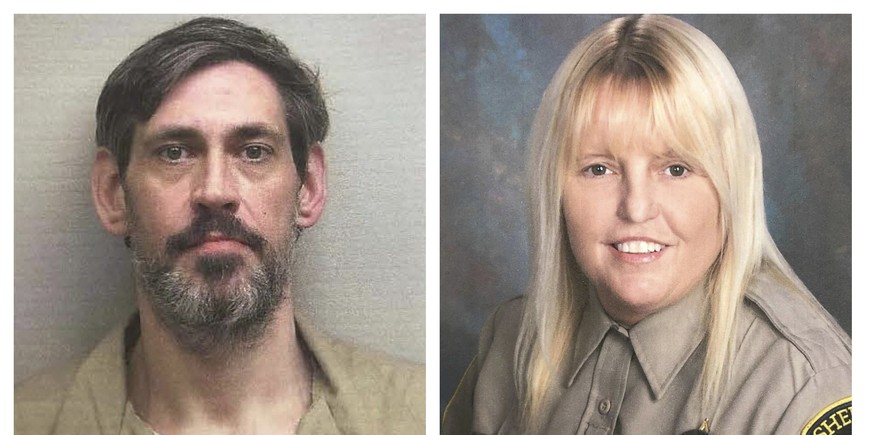 In an obscure Indiana town on the banks of the Ohio River, the 11-day manhunt for escaped convict Casey Cole White and his jailboss girlfriend Vicky White came to a crashing end.

The Alabama fugitives, who’d been in a “jailhouse romance” for nearly two years before Vicky broke Casey out of the Lauderdale County jail on April 29, were found hiding in plain sight at a dingy, roadside motel some 300 miles away on Monday.

With cops hot on their tail, they fled the Motel 41 in Evansville and led police on a chase that ended later that afternoon when members of the US Marshals Service rammed into the couple’s latest getaway car, sending it careening into a ditch.

The pair had planned to end their time on the run in a bloody blaze of glory by starting a shootout with police — but instead, Vicky turned the gun on herself the moment cops closed in, while Casey surrendered.