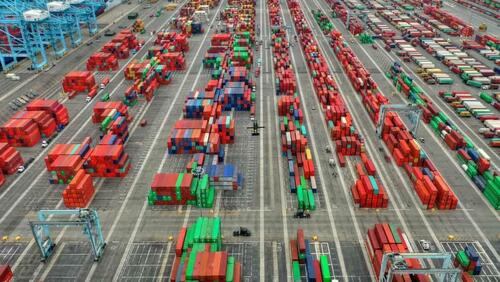 By Craig Fuller, CEO at FreightWaves

The conventional wisdom at this time is that most of the world has moved on from the pandemic (except for China); therefore, supply chains will return to “normal.” Unfortunately, this is not the case. The world has permanently changed and supply chains are going to face continuing challenges for decades to come. Among those challenges are: 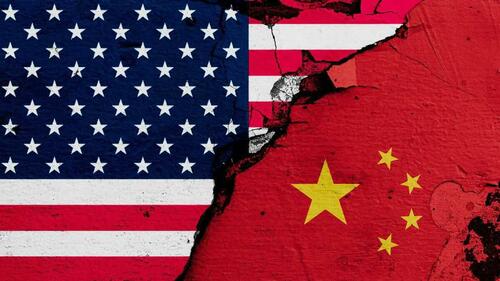 Anyone that has been a part of the supply chain industry can attest to the fact that supply chains have always been subject to disruptions. Natural disasters, terrorism, economic cycles, and capacity shortages have created challenges since the beginning of trade.

Since the end of the Cold War, global supply chains have benefited from peaceful trade between developed and developing countries. Many poorer and less developed countries that were previously ruled by Communist or autocratic regimes took advantage of new markets in the developed world and used global trade to move beyond subsistence economies to prosperous ones. Some of these countries developed into capitalistic and democratic countries, while other governments exploited the free market system to solely benefit those already in power, and became wealthy and powerful enough to threaten the very system that enabled their ascension.

The Eastern European countries that were formerly part of the Soviet bloc are examples of the countries that embraced capitalism and shifted toward democracy, while China did the opposite. 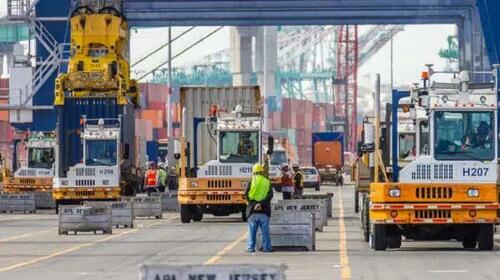 Dockworkers at the Port of Los Angeles.

Labor is key in supply chains

The arbitrage between the developed and developing countries has been massive. The cost of producing goods in countries with cheap labor, lax environmental and labor regulations, and little regard for sustainable natural resources has enabled the world to enjoy unprecedented prosperity and peace.

Because the goods produced in these parts of the world were so cheap, it made sense that they would be produced in excess. This buffer stock kept inflation in check and provided supply chains with ample supplies that could fend off short-term fluctuations and disruptions. Think about how the cost of televisions and computing hardware has fallen over the past few decades, and how auto prices haven’t risen as significantly as the many improvements in product features and quality were made.

This all happened at a time when the United States was the only superpower and the only expectation that the U.S. had of other nations is that trade should be unobstructed.

Cheap labor is becoming scarcer, particularly in Asia. This is largely due to aging populations – the average age continues to increase and there are fewer people to work in these manufacturing jobs. 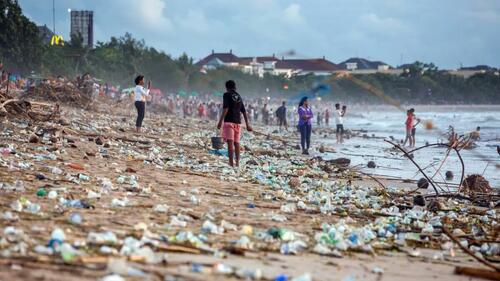 Pollution in one part of the world can impact other areas.

Companies have instituted ESG requirements that require disclosures and monitoring of how and where products have been sourced. This pressure means that goods that are produced in factories that don’t match Western standards for environmental controls and human rights may not be available to Western consumers. The factories that do produce goods that match Western standards will often be more expensive and therefore there will be less buffer stock in the system.

The same ESG standards also create challenges for commodity producers, as the cost of adhering to environmental and social disclosures makes it more expensive and less productive. It also discourages investment in the production of environmentally sensitive commodities – most obviously in energy.

Environmental concerns and regulations that have prevented exploration and production and killed pipeline projects are largely the reason that the world currently lacks sufficient energy resources to buffer against the consequences of the Russia-Ukraine war.

n the previous three decades, supply chains have operated relatively smoothly because companies could source from around the world and not have to worry about global military conflict or autocratic regimes shutting down manufacturing. While international trade regulations were complicated to navigate, the world overall was trending toward larger, more open trading blocs – not just in North America, but in Europe and Asia as well.

As the United States has become more insular and has pulled back from being the world’s policeman, and China has started to flex its muscles and create a global competitor to the United States, the world has become far more unstable and less peaceful. This global friction is unlikely to go away. China desires to take Taiwan as its own, risking sending the world into a geopolitical crisis that is more dangerous than at any point since World War II.

Buffer stocks of products are far less likely in the future, as the cost of producing those items continues to rise. Cheap labor, offered by large populations of young people, is largely a thing of the past. This will make it more expensive for companies to produce buffer stock and far less likely that supply chains will enjoy the ability to absorb short-term shocks that are inherent to complex global networks. 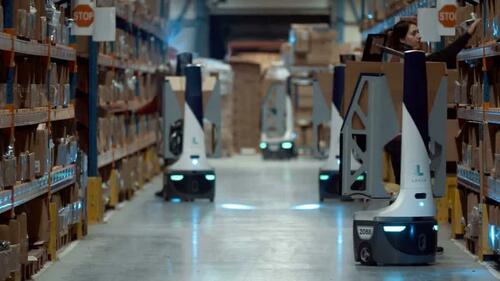 Warehouse automation continues to accelerate as consumer appetite for e-commerce grows, and that is placing robotics companies in the spotlight.

Supply chain technology will be the big winner

Latin America will become a big winner, as it benefits greatly from having direct land transportation networks with North America and seas that are well protected by the U.S. Navy.

The American South and Midwest will also see an acceleration in manufacturing and production, as they can offer predictable and resilient sourcing, without the geopolitical risks of foreign suppliers or the labor unions of the Rust Belt.

Automation, including robotics, will become more important. Nearshoring manufacturers will try to offset higher production costs with robotics and other automated production systems.

Supply chain market intelligence systems, a data category that monitors developments around supply and demand, will be critical for supply chain professionals who are trying to navigate increasingly complex and opaque markets. Materials and product supplies are no longer guaranteed, so the need for constantly refreshed data models that track the balance of supply and demand will be critical to the success of companies.

FreightWaves SONAR provides near real-time market intelligence information, which has seen explosive growth in recent months as shippers have realized that supply chains are not returning to normal and the need for high-frequency data is increasingly critical for success. Historical models no longer work – as the world becomes far less predictable, peaceful, and safe – and supply chains are far more exposed to supply and demand shocks.