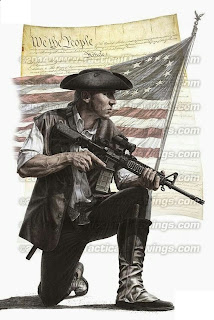 by Douglas V. Gibbs
Author, Speaker, Instructor, Radio HostDiscussions about the World Health Organization (WHO) power grab with an assist by President Joe Biden are filling every hall of every group I have visited.  People are pleading with me about it, how Biden and WHO are stealing American Sovereignty in the name of “emergency powers”, and it seems like there isn’t a darn thing anyone can do about it.

First, let’s examine the particulars, then I will provide a constitutional angle that I think we need to hammer forth to the Citizens of the United States so that we can as a people stop the insanity.
The mandates and executive orders that have been turning our lives upside down for nearly three years are based on a legal concept known as “emergency powers”.  According to the legal eagles, politicians, judges, and the people who are experts in the field of politics the use of “emergency powers” in times of emergencies are allowed and can be utilized by any executive political office (governors and the President of the United States, anyway).  In times of emergencies, explains the purveyors of emergency powers, the normal rules are suspended.  Your personal liberties are suspended.  The need for laws to be legislated is suspended.  The need for treaties to even be ratified is suspended.  The governors of the various States of the Union, and the President of the United States, have dictatorial powers to order anything they desire in the name of safety, security, and the common good because, if they don’t utilize these “implied” powers, the emergency will disrupt the collective good of American Society.
To be honest, emergency powers do not exist in the U.S. Constitution — anywhere.  The Founding Document does not have asterisks that say we have natural rights, unless an emergency appears.  There are no side notes calling for a suspension of our liberties in case of emergency.  Nowhere in the U.S. Constitution is there a “break glass in case of emergency” clause that allows a disruption of constitutional principles.
Therefore, no matter how much they tell you they can jab you because it’s an emergency, they can demand you mask up because it’s an emergency, they can keep you at home and close your church because there’s an emergency (but don’t worry, Wal-Mart and Costco will remain open as a necessary function) and they can sell out America’s sovereignty to a global organization without permission from the Senate or We the People because there’s an emergency, understand it is all a lie.
There are no asterisks in the U.S. Constitution.
Amendment 5: the federal government can deprive no person of their life, liberty or property without due process.
Amendment 14: No State may deprive any person of life, liberty or property without due process.
Article 2, Section 2: The President, to make treaties, must do so with the “Advice and Consent of the Senate…provided two thirds of the Senators present concur.”
The WHO Charter in question is being made into a contract, and the politicians are claiming because it is a contract, rather than a treaty, they can bypass the approval of the U.S. Senate.  President Barack Obama did the same smoke and mirrors act with the Iran Nuke Deal, calling it an “agreement” rather than a treaty in order to get it in place without senatorial approval.
These actions are unconstitutional, which means they are illegal.
President Biden, if this WHO agreement is put into place without the proper ratification by the U.S. Senate (and they know they don’t have the votes) President Biden and all of those who participated with getting the WHO deal in place and giving away our sovereignty are guilty of insurrection against the U.S. Constitution, and treason against the United States of America.
And, because they control all of the mechanisms that would normally check against such actions, and because they are bypassing the one that might stop them (U.S. Senate), Biden and the hard left totalitarians of the Democrat Party (and any treasonous Republicans allowing it to happen) are guilty and should be arrested, removed from office, and if convicted of treason must be given the full penalty of law.
But, we know that won’t happen.  The seizure of power by these traitors has been so severe that they seem to be above the law at this point.
This is where We the People are supposed to go into action.  Common Law Grand Juries and Petitions of a Redress of Grievances should be in play, and our Constitutional Sheriffs should be carrying them out.
We haven’t, and we likely won’t, take any action until it’s too late.  We have become fat and happy, dependent upon the federal government for unconstitutional things, and we believe we don’t have a voice.
We need a million man march on Washington DC, a million man march on our State Capitols, and a concerted uniform effort to bring these criminals to justice.
The only question now that remains is…how?
The militia is the key.  Not some good ol’ boy militia in the mountains of some back-country zone, but the militias as defined by the Constitution, the militias as acted upon by the citizens of the United States in the early years of the country’s existence.  There was no organized and unorganized militia back then, the two were one and the same.  The militia was the communities, meeting regularly, working with their county sheriff who they saw as their county leader, preparing to stand against anything unconstitutional, with firearms at the ready, if necessary.  Are we capable of that?  Are we capable of bringing back the community militia mentality so that we can hold our local, State and federal governments accountable?
We better be, or we will lose what little is left of our Constitutional Republic.
– Political Pistachio Conservative News and Commentary