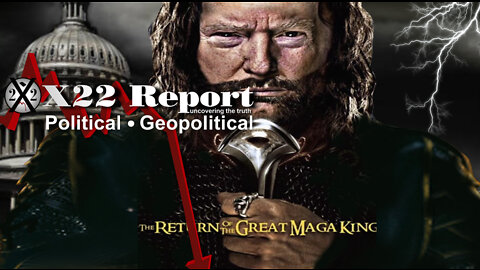 The [DS] is now scrambling, the plan has been accelerated, the people are seeing everything play out. Irrefutable election fraud evidence has been released and the [DS] apparatus is in shambles. Trump and the patriots built the most powerful weapon and they are ready to unleash it against the [DS]. [JB] helps Trump and calls him the MAGA King so Trump uses this to his benefit. The MAGA king is about to return. Game Over.