Seriously, do these people understand how bat--shit insane they appear? 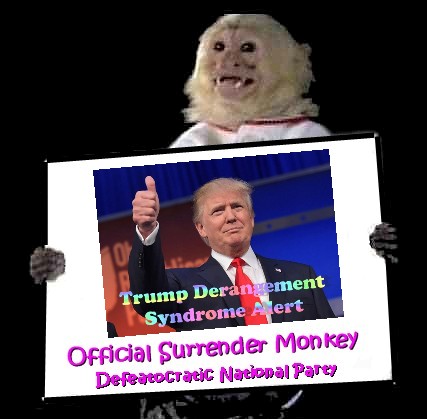 Perhaps you have wandered through much of your life only mildly aware and mostly indifferent to the fact that there is something called Constitution Day. If so, consider me a fellow traveler.

But in these times, in the wake of the Jan. 6 committee’s work exposing Donald Trump’s assaults on rule of law and the orderly transition of power, many responsible people have concluded that Constitution Day complacency is a privilege we can no longer afford. The official holiday was Sept. 17 (you knew that, right?) and in the week before and continuing this week there have been a gusher of speeches and symposiums devoted to extolling the Constitution and illuminating the threats to it. (snip)

First, Trump is properly seen as a constitutional menace, but from a progressive perspective many of the most offensive features of his tenure were not in defiance of the Constitution. Instead, they flowed directly from its most problematic provisions. He was in office in the first place because the presidency is chosen by the Electoral College rather than by the popular vote. His influence will live for decades because partisan manipulation of the Senate’s judicial confirmation power gave him three Supreme Court justices, who have no term limits and face no practical mechanisms of accountability. Like some other presidents, but more so, he used the Constitution’s absolute pardon power for nakedly self-interested reasons. In short, Trump may be an enemy of the Constitution but he is also the president who most zealously exploited its defects.

Obviously, getting rid of the Electoral College is a big thing for the Progressives (nice Fascists), who aren’t happy that they can lose playing by the established rules

Correcting or circumventing what progressives reasonably perceive as the infirmities of the Constitution, in fact, seems likely to be the preeminent liberal objective of the next generation. Progress on issues ranging from climate change to ensuring that technology giants act in the public interest will hinge on creating a new constitutional consensus. Trying to place more sympathetic justices on the Supreme Court is not likely to be a fully adequate remedy. There are more fundamental challenges embedded in the document itself — in particular the outsized power it gives to states, at a time when the most urgent problems and most credible remedies are national in character.

They are likewise unhappy they can’t jam their unhinged agenda through at the national level. They talk a lot about “democracy”, but, aren’t happy they can’t get it through playing by the established rules.

Here, though, is where the breakdown in constitutional consensus becomes potentially climactic — as it did during the Civil War, and threatened to in the New Deal. Popular majority or no, most of those amendments would be opposed by conservatives — which under the terms of the existing Constitution means they likely would not pass. It takes three quarters of the states to approve an amendment, a provision that gives many small, conservative states wildly disproportionate power over the fate of the nation.

This is hardly a new problem, but it is one that threatens to reach a breaking point. The political scientist Norman Ornstein has popularized an arresting statistic, one that is validated by demographic experts. By 2040, 70 percent of Americans will live in just 15 states. That means 30 percent of the population — coming from places that are less diverse and more conservative — will choose 70 senators. Already each senator from Wyoming, the least populous state, exercises his power on behalf of less than 600,000 people, while each senator from California, the most populous, represents nearly 40 million. This distortion of democracy, already hard to defend, could become the defining feature of national life.

See, it’s a big problem that the system works as written

But there are other ways short of violent rupture to survive those moments, as now, when the Constitution no longer reflects the imperatives of the moment. One of those ways is when artful improvisation creates a new consensus. The Supreme Court struck down much of FDR’s initial program, but the New Deal’s core assumption — that we live in a national economy with a robust and responsive national government — prevailed, helped along by a dramatically new understanding of the interstate commerce clause. Another way to survive is good luck. In the Cold War, presidents had (and still have) a power never contemplated in the Constitution — the ability to blow up the world with nuclear bombs on command, in minutes, with no approval by Congress or anyone else.

In other words, they’re say F the Constitution, just do as they want. Because Trump, you know.

The post TDS: We Can Save The Nation From Trump By Rewriting The Constitution appeared first on Pirate’s Cove.