The Biden administration brought tens of thousands of Afghans into our communities who were never properly vetted and who may not have had proper documentation to show who they are. 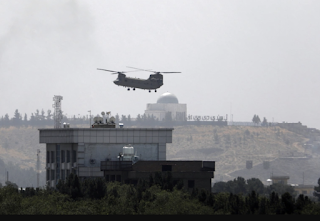 Last September, Secretary of Homeland Security Mayorkas claimed that “the federal government has been focused on the screening and vetting of individuals evacuated from Afghanistan” and that the Department of Homeland Security, the State Department, the Department of Defense and the FBI had “established a robust screening and vetting architecture” for the masses of Afghan migrants that Biden had brought to this country.

But the latest report from the Office of Inspector General of the Department of Homeland Security reveals that the vetting of the migrants was so lacking in even basic information that 36,400 Afghans carried an unidentified document and at least 11,110 had fake birthdays.

659 of the Afghans were either missing a first or a last name. Worse still, even many of the Afghan migrants with recorded names may not be accurate. The report reveals that customs officials “had to rely on translators or interpreters to identify evacuees’ names”. Despite the claims of a robust vetting system, the process was as crude and low tech as it gets with officials using “photographs of handwritten flight manifests” as the basis for entering the names.

It would be hard to imagine a more inaccurate way to obtain any reliable information.

How do you vet someone when you don’t even know their name? The answer is you don’t. The Biden administration claims that biometrics would identify potential terrorists even when we don’t know their names, but that’s only if their biometrics are already part of our database and if they had already been connected to previous terrorist activity. What happens if the Al Qaeda members weren’t helpful enough to get scanned in between plotting to murder Americans?

The report makes it clear that there was no meaningful vetting and that there couldn’t be any.

Rushed by the Biden administration to quickly move Afghans from staging areas into the United States, officials put down whatever information they had no matter how worthless it might be.

At least none that actually prove anything.

“36,400 records had “facilitation document” as the document type. However, “during the audit, CBP could not define or provide an explanation for this document type, indicating potential inaccuracies. 7,800 records had invalid or missing document numbers,” the report warns.

If Customs and Border Protection doesn’t know what document they used to bring 36,400 Afghans to America, then who does? What does CBP know? It deliberately knows nothing.

The Biden administration’s evacuation protocol was to allow as many Afghans in as possible, not to worry about any of the paperwork and not to track any of those missing the paperwork.

The Biden administration had allowed officials to “admit or parole evacuees into the country without presenting proper identification documents” and no records were kept of them.

The Inspector General’s report reveals that “during the audit, when we requested a list of individuals admitted or paroled without proper identification, CBP officials responded that they did not maintain such a list.” That’s not incompetence: it’s a bureaucratic cover-up.

One of the few examples identified in the report shows just how pervasive this cover-up was.

One of the Afghan migrants had been freed by the Taliban, likely alongside the Kabul airport suicide bomber who killed 13 military personnel, indictating possible membership in an Islamic terrorist organization, and had cleared the worthless vetting processes and come to America.

When entering the United States, “CBP officers identified derogatory information during the primary inspection. However, a supervisor ‘unreferred’ the individual and paroled the individual into the country without a secondary inspection.” This indicates that CBP was under heavy pressure to expedite the movement of Afghan migrants as much as possible.

41,195 Afghans were processed through Germany with a time constraint of 10 days. How thorough was that vetting? Ask all the Jan 1 birthday boys with no names.

Even when local CBP officers did their job, a supervisor allowed a possible terrorist into the U.S.

The vetting process did not keep the terrorists out. The men and women tasked with vetting the Afghans did not do their jobs. Or, as in the above case, were prevented from doing theirs. It was the FBI that stepped in several times to flag suspected terrorists and pass it along to ICE. And that’s probably only because, unlike CBP, the FBI didn’t have specific orders not to do it. A lot of the FBI may be broken, but some of the counterterrorism people are still doing their jobs.

Dozens of potential terrorists were released in this manner into the country. And those are only the ones who were flagged. The true number is exponentially larger. We simply don’t know.

And we likely never will.

Instead of keeping the Afghans in third countries and vetting them fully before bringing them to America, Biden chose to bring them here now and then spend what was supposed to be two years vetting them and giving them every opportunity to find a pretext for applying to stay here.

As the scandals over Afghan refugee sexual assaults and terror ties have mounted, the Biden administration, the refugee resettlement industry and its allies in Congress are rushing through an Afghan Adjustment Act that could “give more than 80,000 Afghan evacuees in legal limbo in the U.S. a clear pathway to permanent residency.” Proponents, like Senator Lindsay Graham, are once again promising “a strong vetting program” for people with no names or birthdays.

Senator Chuck Grassley responded to the DHS OIG report by stating that, “The fact that Biden appointees at DHS had the audacity to criticize this report instead of taking steps to fix the problems tells you what you need to know. As I’ve said before, Congress should not consider sweeping status immigration changes for evacuees unless and until this administration guarantees the integrity of and fully responds to long-standing oversight requests regarding their vetting and resettlement process.”

The question is whether Republican Senate members will hold the line on the Afghan Adjustment Act. And stop the rapid legalization conveyor belt for unvetted Afghans.

Massive numbers of Afghans were brought to America by relying on biometrics, which are incomplete and not wholly reliable, and on biographical data, which proved so worthless that we don’t even know the names or the birthdays, let alone anything more personal, of many of the migrants. Proper records were not maintained or kept. The rush to quickly legalize them is yet another phase of a cover-up that began when they were illegally dumped in this country.

President Calvin Coolidge may have been born on the fourth of July, but the next Afghan terrorist who shoots up America, like the one who shot up the Pulse nightclub in Orlando, may very well be born on the first of January. Another of Biden’s birthday boys.