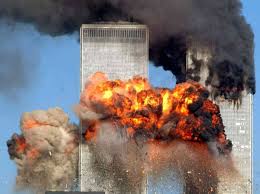 September 11, 2001. Our generation’s version of Pearl Harbor, some say.