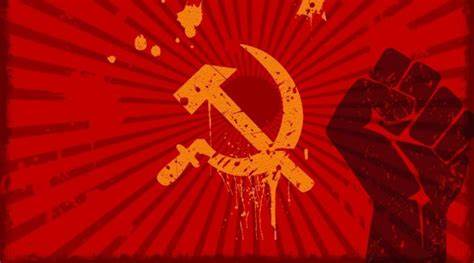 Communism is on the rise in America and seeks to take over the nation without a single revolutionary shot fired.

Communism is found in the public school system.

Communism is found in the political system.

Communism is found in the federal government.

But Communism went out with Gorbachev, right? – The tearing down of the Berlin wall; the fall of the Soviet Union. Wrong.

Communism is alive and well. It’s just not called communism anymore. It is reshaped into a form more acceptable to the American people. It’s called Stakeholder Capitalism and other veiled names. It is disguised and is infiltrating every aspect of American society, especially religious circles. And once the pulpit falls, so will the nation.

Communism is a religion that seeks to replace God with the state. Communist strategists realized that America as a godly nation would never fall into their hands. So a change in strategy had to be employed. The strategy was three-fold:

1) appeal to Americans’ sense of justice by creating victim classes such as women, homosexuals, the environment, and races;

2) convince moral and godly people to believe that communist values are the same as Christian values; and

3) continue teaching secular humanism as aggressively as possible. These victim classes have already been established, and they promote victimization for themselves and project hate toward those who disagree with them.

With women, it is the sexual revolution and feminism—the breakdown of society by breaking down the traditional family structure.

With homosexuals, it is the tolerance and homosexual equality movement—the continued breakdown of the institution of marriage.

Communism has sought to divide the races and inflame animosity between them.

And many have been influenced by the “green revolution” of radical environmentalism that seeks to redistribute wealth to pay for the damage humanity has done to God’s creation.

Communism as an ideology is often found in more socially acceptable terms such as Communitarianism, equity, and social justice orientations, which employs the communistic dialectic to find “common ground for the common good”—all the while saying religion and morality are to be encouraged, but with a new twist.

Not many people these days will admit they are communists, but they will espouse communist ideals as true democracy. A politician can be a member of the Democratic or Republican party and still be an ideological communist.

A pastor can be a leader of a conservative church but be an ideological communist.

Communism is the antithesis of God, and it is seeking to destroy a godly nation through its “Critical Thinking” doctrine.

Jesus said in Matthew 24:24, “For there shall arise false Christs, and false prophets, and shall show great signs and wonders; insomuch that, if it were possible, they shall deceive the very elect.”

Beware of the new communism disguised as something else.

Posted in The Daily Jot