In a goodly chunk of states it is illegal for a minor to get a tattoo, but, in Democratic Party run states, it’s perfectly fine to let children go through body altering for life changes. This isn’t like getting breast implants, which can be removed

Carrie Jackson and her family of three fondly remember their home in Denton, Texas.

They had moved to the Dallas suburb from the tiny town of Malakoff, Texas, back in 2016. Jackson landed a job she liked as a lead counselor for the Aubrey Independent School District. Carrie said her 17-year-old high school junior, Cass, who is transgender, was thriving.

Coming out and socially transitioning at 14 had been rough, but by 17, Cass was a well-adjusted teen who identified as nonbinary and used they/them pronouns. Cass was making great grades, working a job, driving a car and starting to think about college, Carrie said.

That’s well-adjusted? Looks like mental illness, most likely as pushed at a young age by the parents and teachers, along with peer pressure by other kids. 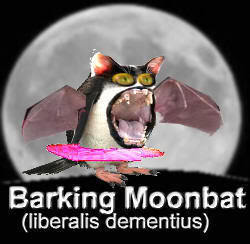 On the night of Feb. 22. Carrie was sitting in bed, scrolling through her Facebook feed, and spotted a news article posted by another mother. Texas Gov. Greg Abbott had issued a directive requiring the state’s Department of Family and Protective Services to investigate all parents with medically transitioning kids, enclosing an opinion from fellow Republican, Attorney General Ken Paxton, to back it up. These parents could be brought up on charges of child abuse — and people who worked with trans kids could be, too, if they didn’t report such families to state authorities.

Just weeks later, the Jacksons were en route to Cumberland, a small city near the Allegheny mountains in western Maryland, where Cass’ older sibling lived. Cass’ sibling, Bug, is also transgender and would provide a new home for Cass, their mother and their other sister. Unemployed and without a plan, the family felt their only option was to flee a state they had never intended to leave. They were leaving their home.

The Jacksons are not the only family that left Texas since Abbott’s directive — they’re part of a larger exodus of families with trans children from states that have implemented laws and policies clamping down on their access to health care, according to POLITICO interviews with more than a dozen transgender teens and adults and their family members.

Good. Take your leftist insanity with you. You should all move from Red to Blue states.

The fight over access to gender-affirming medical care for trans youths — like the fight over abortion rights and other issues at the intersection of health, politics, gender, culture and race — is impacting where Americans want to live, work and raise families. And it’s grown particularly acute over the past year, as conservative governors and legislators have restricted access to medical care for gender dysphoria, a condition that stems from one’s lived experience of gender being different from the sex assigned at birth.

It really is amazing that Democrat states have no interest in protecting children from medical procedures that can scar them for life, physically and psychologically. Study after study after study show that trans folks have much worse mental health than the rest of the population, and subjecting children who do not really know any better to this is a travesty. And should be a crime. And there do not seem to be any Democrats or Blue states which say “you know, is this really a good idea? Perhaps they should receive counseling, and be forced to wait till they’re adults.”