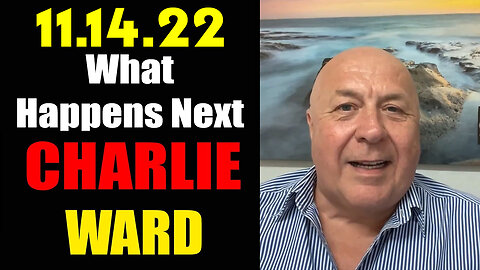 Just a few days remain before the midterm election, and The Atlantic wants you to forget all about covid as if it never happened.

Instead of voting for candidates or parties that want to take action against those who locked down the world and forced people to wear face masks and take experimental “vaccines,” The Atlantic‘s Emily Oster thinks people should just forgive and forget all about the three years of tyranny that was foisted upon them in the name of public health.

Oster’s puff piece about turning the other cheek did not go over so well on Twitter where she received loads of criticism. Jesse Kelly of the “Jessy Kelly Show” told Oster to take her “covid amnesty” thoughts “and shove ’em somewhere,” adding that she should basically shut her mouth.

“There must be a reckoning,” Kelly added. “I will not let it go. I will not live peacefully with people who allowed their fear to turn them into subhumans.” (Related: Back in the 1950s, The Atlantic published a pro-eugenics op-ed calling for a purified human race free of disabilities and other “defects.”)

The Libs of TikTok account also commented on Oster’s piece with a “Hell no,” adding that We the People will “never forget” what happened. Thousands of lives were destroyed with school and business closures, and patients were forced to die alone in hospitals due to “social distancing” mandates.

Meanwhile, nurses all around the world were seen dancing on TikTok while these patients died alone – at least those nurses who agreed to get “vaccinated” for the Fauci Flu, anyway (unvaccinated nurses were fired from their positions and were thus unable to participate in dancing TikTok videos).

A major lie in Oster’s article contends that “science” only just recently came to the conclusion that all of the plandemic hysteria and tyranny was unjustified, the suggestion being that we must just let it go.

Katie Pavlich tweeted in response to this that the data opposing lockdowns and mask and jab mandates was available, but ignored, back in May 2020. Meanwhile, children’s lives were set back “for a generation,” Pavlich wrote.

The powers that be also “promoted an anti-American vilification / social passport system for ‘the unvaccinated,’” Pavlich added, also making mention of the rampant censorship that occurred throughout the scamdemic.

Former VICE journalist Tim Pool went a step further by calling for tyrants like former New York Gov. Andrew Cuomo to be arrested and charged with the murder of the nursing home patients he intentionally exposed to covid patients.

Citizen Free Press tweeted screenshots of some of Oster’s past tweets promoting lockdowns and jab mandates. One of them expressed Oster’s view that “fear-based vaccine motivation” was not enough, and that mandates were necessary to force “covid deniers” into compliance.

At one point during the plandemic, one of Oster’s children, she told the world, screamed “Social distancing!” at a stranger she encountered during an outdoor hike.

Oster now claims that she and her family just “didn’t know” that all of this was wrong, wrong, wrong. In other words, she herself is among the tyrants that she wants to see vindicated without proper justice.

“Most errors were made by people who were working in earnest for the good of society,” Oster alleges about herself and others like her who promoted scamdemic tyranny with robust fervor.

Because there was a lot of “uncertainty” throughout the plandemic, Oster says we should just forgive the top-down tyranny that destroyed lives and is still destroying lives as antibody-dependent enhancement (ADE) and vaccine-induced AIDS (VAIDS) run their course in the “fully vaccinated.”

The latest news about covid can be found at Pandemic.news.