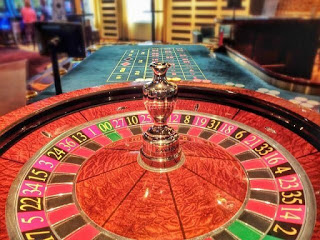 “944 Trillion Reasons Why The Fed Is
Quietly Bailing Out Hedge Funds”
by Tyler Durden
“On Friday, Minneapolis Fed president Neel Kashkari, who just two months earlier made a stunning proposal when he said that it was time for the Fed to pick up where the USSR left off and start redistributing wealth (at least Kashkari chose the proper entity: since the Fed has launched central planning across US capital markets, it would also be proper in the banana republic that the US has become, that the same Fed also decides who gets how much and the entire  democracy/free enterprise/free market farce be skipped altogether) issued a challenge to “QE conspiracists” which apparently now also includes his FOMC colleague (and former Goldman Sachs co-worker), Robert Kaplan, in which he said “QE conspiracists can say this is all about balance sheet growth. Someone explain how swapping one short term risk free instrument (reserves) for another short term risk free instrument (t-bills) leads to equity repricing. I don’t see it.”
To the delight of Kashkari, who this year gets to vote and decide the future of US monetary policy yet is completely unaware of how the plumbing underneath US capital markets actually works, we did so for his benefit on Friday, although we certainly did not have to: after all, the “central banks’ central bank”, the Bank for International Settlements, did a far better job than we ever could in its December 8 report, “September stress in dollar repo markets: passing or structural?”, which explained not just why the September repo disaster took place on the supply side (i.e., the sudden, JPMorgan-mediated liquidity shortage at the “top 4″ commercial banks which prevented them from lending into the repo market)… but also on the demand side, which as Claudo Borio, head of the monetary and economic department at the BIS, explained was the result “high demand for secured (repo) funding from non-bank financial institutions, such as hedge funds heavily engaged in leveraging up relative value trades.” 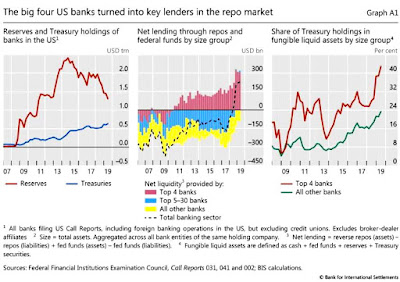 Source: http://coyoteprime-runningcauseicantfly.blogspot.com/2020/01/944-trillion-reasons-why-fed-is-quietly.html
BeforeItsNews Announcements
Step 1: Get the Telegram App & Get Stories Direct to Your Phone or Computer Without Censorship! Get the Telegram App in the App Store or at
https://telegram.org/

Loading...
"Not by might, nor by power, but by my spirit, saith the Lord of hosts." Zechariah 4:6
Read it..
BEFORE IT'S NEWS
SIGN UP FOR OUR NEWSLETTER
Today's Top Stories
Sarah Westall: Whistleblower Brutally Beaten, Coronavirus Explained From Chinese Healer, Hired Mercenaries
The Dollar Will Collapse Within Weeks! What Will Replace It? - Must See Video!
X22Report: Prepare for the Storm, it’s Time to Bring Down the Corrupt System, Ready! - Great Video!
Earliest Interbreeding Event Between Ancient Human Populations Discovered
Earth Formed Much Faster Than Previously Thought
Planet with 18 Hour Year on the Edge of Destruction, Shortest Orbital Period Ever Observed for a Hot Jupiter
Where Is The Greatest Risk To Our Mineral Resource Supplies?
How Newborn Stars Prepare for the Birth of Planets
New Study Results Consistent with Dog Domestication During Ice Age
Fish in the Sahara? Yes, in the Early Holocene
Loading...
Featured
Coronavirus Cases Doubling Overnight In Many Countries! Must See Chris Martenson Video!
Hundreds of Americans Flown Back from the Diamond Princess Shared the Same Plane Whether Infected or Not Infected +Video
Q: Hollywood Is Burning! Is Barron Trump Q? Barry's Belated Impeachment? Best Is Yet 2 Come! - Great Video
Italy Locks Down 50,000 People Across 10 Towns as Coronavirus Outbreak Leapfrogs Across Europe +Video
Breaking: CDC Caught Lying? Costa Mesa Files Court Document to Block Federal Relocation of 35-50 Infected Coronavirus Patients to Ill-Prepared Facility Near Millions of Californians +Video
Best & Taylor Evening News (2/21/2020) — Planet Of The Living Dead — Bloomberg's Dark Mystery — Head's Up for Feb. 26th!​​​​​​​ — And Much More!
I’m With Mike
Trooper-Whisperer in Beast Mode - How to Deal With Road Pirates
Anonymous: Most People Don't Even Realize What's Happening
Sarah Westall: Whistleblower Brutally Beaten, Coronavirus Explained From Chinese Healer, Hired Mercenaries