Did the Donald Already Win World War III? What’s the Matter with Iran? 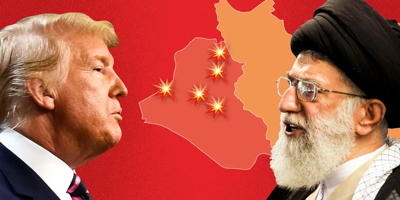 Source: http://coyoteprime-runningcauseicantfly.blogspot.com/2020/01/did-donald-already-win-world-war-iii.html
BeforeItsNews Announcements
Step 1: Get the Telegram App & Get Stories Direct to Your Phone or Computer Without Censorship! Get the Telegram App in the App Store or at
https://telegram.org/

Loading...
"Not by might, nor by power, but by my spirit, saith the Lord of hosts." Zechariah 4:6
Read it..
BEFORE IT'S NEWS
SIGN UP FOR OUR NEWSLETTER
Today's Top Stories
Sarah Westall: Whistleblower Brutally Beaten, Coronavirus Explained From Chinese Healer, Hired Mercenaries
Q: Hollywood Is Burning! Is Barron Trump Q? Barry's Belated Impeachment? Best Is Yet 2 Come! - Great Video
The History And Mission Of The Nazi-Illuminati Bush (Scher(f)f) Crime Family
Jason A - Unexplainable Events Happening in 2020!
David Abel Exposed As Crisis Acting Freemason On Board Diamond Princess Cruise Ship
Mark Taylor: Q! Gloves Are Off, Fight Is On
Billy Meier Predictions and Prophecies Are Now Being Proved Correct
Worldwide Virus Alert! Millions Infected & Spreading! - Must See Video!
Q3649: It's Going to Be Biblical! An Epic Response to Mayor Pete Saying We Can't Be Christians! Great Video!
Whistleblower found dead
Loading...
Featured
Bombshell Secrets Revealed! Behind the Veil of Mass Deception: Just How Fake Is the [Fake News]?! Great Video!
"Turn Off Your Camera and Step Out of the Car" New York State Extortion Stop
Health Officials Prepare for COVID-19 Throughout USA.
Did a Senior Chinese Military Intelligence Officer Call the Coronavirus a Hoax or Did Dean Koontz Write A 'Novel' Virus Sequel?
The 5G Trojan Horse: What You’re Not Being Told
‘Whom the gods would destroy – they first make mad’ – COVID-19 Hysteria goes global
🚨CORONAVIRUS: Who is Paul Cottrell; an embedded Gov’t Plant / Agent, Zionist Schill (“Snake in the Grass”)?
Whistleblower found dead
Q: You Have Come Far, Anons (Patriots)! You Are Ready! A Public Awake Is Their Greatest Fear! - Great Video
US Now Admitting Coronavirus Has Broken Containment Beyond China! - Great Video!