Chris Martenson,
“Coronavirus: Is the Puzzling Silence From Officials The Calm Before The Storm?”
https://www.peakprosperity.com/
○ 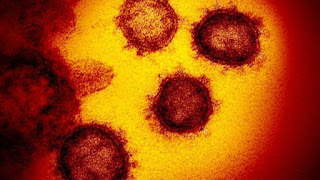 “Like weather forecasters, researchers who use mathematical equations to project how bad a disease outbreak might become are used to uncertainties and incomplete data, and Covid-19, the disease caused by the new-to-humans coronavirus that began circulating in Wuhan, China, late last year, has those everywhere you look. That can make the mathematical models of outbreaks, with their wide range of forecasts, seem like guesswork gussied up with differential equations; the eightfold difference in projected Covid-19 cases in Wuhan, calculated by a team from the U.S. and Canada, isn’t unusual for the early weeks of an outbreak of a never-before-seen illness.

Source: http://coyoteprime-runningcauseicantfly.blogspot.com/2020/02/los-alamos-experts-warn-covid-19-almost.html
BeforeItsNews Announcements
Step 1: Get the Telegram App & Get Stories Direct to Your Phone or Computer Without Censorship! Get the Telegram App in the App Store or at
https://telegram.org/