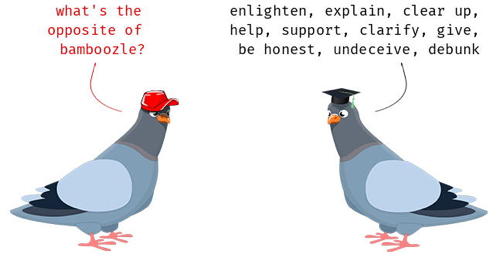 Week 14 of the Quarantine
By Bill Bonner
“I’ve been cheatin’ you
A little too long.
Can’t stop now…”
– With apologies to Otis Redding
SAN MARTIN, ARGENTINA – “Let’s start off the week with a long ramble. Many readers will surely drop out along the way. But the rest, if there are any left, will find themselves with us on the same page. But first, a quick update… and a warning.
Time to Reorganize: A V-shaped recovery? The economy taking off “like a rocket ship”? Don’t count on it. Here’s Bloomberg: “About 30% of the increase in total U.S. unemployment from February to May can be explained by a reallocation shock, and so risks being long-lasting, according to Bloomberg Economics.”
Donald Trump called last week’s employment numbers “a stunner.” But it was probably just statistical gibberish.”  Businesses cannot simply push the pause button. They are always trying to improve efficiency, cut costs, and position themselves for new trends. When times are good, they have no reason to make changes. But when they are bad – whatever the cause – it’s time to reorganize, modernize, and economize. That is, it’s time to get rid of their weakest products and services… and the employees who go with them. Then, the people who have been let go need to find new jobs. That takes time… And it assumes that the economy is creating new jobs… about which there will be more in the days ahead.
But today, we’d like to wonder about the way great empires fall apart.
Trigger Warning: Dear Readers – conservatives as well as liberals – are forewarned. They may find “trigger words” in what follows. That is, they will find ideas that may make them uneasy… and perhaps even angry. Many of our readers are annoyed, for example, when we seem to criticize Donald Trump. They say we should “stick to economics,” as if the two – politics and economics – were separate. But never before have they been so intertwined…
Dangerous Conceit:As we mentioned on Friday, we live by myths. “All men are created equal” is a myth. Anyone with eyes and ears knows it’s not literally true. And yet, it is a very useful myth; it provides a foundational principle of “fairness” by which people expect to be treated equally under the law. That they are “endowed by their Creator with certain inalienable rights” is also more myth than fact… but, again, it is not a bad myth. It, too, seems to set a limit on what the rich and powerful can get away with. Even if they’re wearing a police badge, for example, they’re not supposed to choke you to death.
Governments are founded on myths. And generally, the bigger and more ambitious the government, the bigger the myth needed to hold it together. Empires, typically, are nurtured by huge myths.
But myths – being myths, rather than provable facts – are subject to mischief. Also mentioned last week was Hitler’s myth. In place of “all men are created equal,” he came up with a “master race,” which was intended (apparently by God Himself) to rule over the less gifted races. Alas, when put to the test, this proved to be a dangerous conceit. It led Hitler to believe he could defeat the lower races in war and take their land. And we know what that got him.
Social Sin: And today, our myths collide like runaway trains. We are asked to believe several contradictory ones at once. Taken together, they undermine the “social contract” – the collection of myths that hold the empire together.
Just to give you a preview, barely two months ago, the authorities – the great and the good, esteemed scientists, and world improvers – insisted that we protect ourselves and others by cowering in our houses… and never venturing outside except on essential business (as they defined it)… such as buying a lottery ticket… and only when sporting a face mask and rubber gloves.
In our home state of Maryland, for example, Governor Larry Hogan laid down the law: “We are no longer asking or suggesting Marylanders stay home; we are directing them to do so,” said the Ubergovernor. Those who violated the order faced misdemeanor charges that carried a penalty of up to one year in jail and/or a $5,000 fine.
This message was repeated all over the country. Every right-thinking/left- leaning person – encouraged by the media, his neighbors, and science! – was told that it was not merely unwise to go out… but a social sin. Even going to the beach… or a graveyard… risked a fine or public shaming. As New York Governor Andrew Cuomo put it, even if these extreme measures saved “only a single life,” it would be worth it.
Those few people who dared to insist that they had a right to assembly – given to them under the First Amendment – were branded as right-wing sociopaths little better than the Hitler youth. And, according to the press, the coronavirus was not an equal opportunity killer. It targeted the elderly and Black people disproportionately.
A New Myth: But then, while the number of COVID-19 cases leveled off in some areas… and rose in others… all of a sudden… Forget COVID! This was the time to take to the streets en masse to “protect Black lives.” The scientists had hardly drawn breath after telling us that masses of people gathered together increased the number of deaths from the virus… and that the dead bodies would be disproportionately Black. But now, it didn’t matter. This was a cause worth (other people) dying for! What gives? More to come…”
- www.rogueeconomics.com

Source: http://coyoteprime-runningcauseicantfly.blogspot.com/2020/06/forget-covid-heres-new-bamboozle.html
Before It’s News® is a community of individuals who report on what’s going on around them, from all around the world.