This is about preserving an unhealthy number of festering Wisconsin problems in amber, by an unimaginative and incompetent gerrymandered Republican legislature, who are willing to treat untrue and anecdotal constituent feedback as “fact.” It’s on purpose of course: 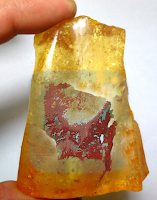 Republican Jeff Flake said this was a an obvious political copout:

Republicans have No Plan to attract People/labor force to Wisconsin: Watching WKOW’s Capitol City Sunday, I was startled by utter cluelessness of Dodgeville Rep. Todd Novak when it came to the states labor shortage, and the detailed list of issues posed in a question by host A.J. Bayatpour, who did way more research than this freeloading Republican politician. It begs the question; can we actually govern based on anecdotal comments that are factually wrong?

Bayatpour question about unemployment bonus checks: “…you have different analysts from Oxford to Goldman Sachs say they’re not seeing much change in states that ended the extra pay, so why was this a good use of the legislatures time and the taxpayer dollar?“
Rep. Todd Novak: “I invite anyone who doesn’t think this half payment has any affect on employment to come to my district…I just talked to a restaurant yesterday paying $14 to $16 an hour and they still can’t find people…“

Bayatpour: “How much of this could also be tying into what we’ve seen for years, it’s been mentioned by groups like even WMC, that labor shortages have long been something people are worried about in Wisconsin. So how much could this be a part of the fundamental challenges we’ve seen and will continue to have to address such as keeping people in the state, but also attracting young talent both into Wisconsin and into some of the states smaller and midsized communities?“

Rep. Todd Novak: “Oh, I mean, that’s part of it, um…I mean…you go to school and you have job opportunities…but I will tell you every business I talk to is struggling, mentions the half benefit is a big issue for them.”

Novak has no real grasp of the decades long problem he and Scott Walker have refused to take seriously or solve. Instead, for convenience, why not blame the half benefit. This again puts off a real solution for another year until they can blame something else on Evers or Biden.

There’s this crazy Vos-Republican idea that low taxes will increase population growth or attract labor. What they don’t get, and what they’ve always ignored is the real attraction; better schools, faster high speed internet, and a quality of life in a state not prone to natural disasters, that’s the difference. And having lived in Wisconsin my entire life, higher taxes have always been an acceptable price to pay until Walker’s austerity and freeloading agenda caught on.