The Serpent Seed Deception: Was Cain the Son of the Devil? 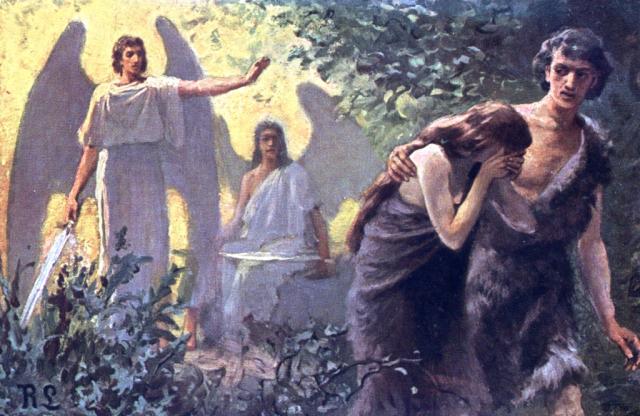 Was Cain the son of the Devil or is it just another false teaching by those that doubt the validity of the Bible? According to some believers, Adam and Eve’s sin was much more than simple disobedience to God. Some believe that a sexual act occurred between Satan and Eve, and later included Adam.

This belief is called Serpent Seed or Seedline. Genesis 4:1 seems to outright reject this view and many that ask “why would Adam and Eve cover their genitals?” have never been able to point directly to a Bible verse to support that claim.

Much of this false doctrine originates outside of the Bible, and those without discernment try to force it to fit into scripture while discarding what scripture actually says about the subject.

Top Global
The “Unsinkable” Financial Markets Just Slammed into a Massive “Iceberg” Called the Coronavirus
“World War III will begin in 2020 and will last 16 years,” says military mathematician
(Warning) Black Monday, The Beginning, Closed Borders and Crashing Markets
Canary Islands engulfed by 'apocalyptic' sandstorm
Steve Bannon: Pandemic! Coronavirus Is Out of Control in China
Australia: Afghan Stabber Shot Dead by Police
The Grim Reality About Pandemics They Don’t Want You to Know: “No Country Is Prepared”
Israeli/Palestinian update 2/24/2020...Dozens of rockets fired at Israel
Syria/Iraq update 2/24/2020...Erdogan 's troops firing at Russian jets in Idlib, Russian and Syrian jets are responding
Coronavirus: Time To Prepare Is Running Out
Loading...
Top Alternative
Dogs: Feeding the Furry Family Member in Your House
Broccoli & Cauliflower Mac & Cheese for two
Jesse Ventura Calls for New 9-11 Investigation
Red Alert! If Somethings Isn’t Done Today to Stop it, the ATF Will Create Something We Can’t Undo!
X22Report: Wet Work Active, Storm Forecast Confirmed, The Shot Heard Around The World! - Great Video!
“World War III will begin in 2020 and will last 16 years,” says military mathematician
#Qanon posting on /qresearch/ 2/24/2020..What if (almost) every critical position [sr] within the US GOV apparatus was infiltrated? WHAT MUST BE DONE FIRST?
Canary Islands engulfed by 'apocalyptic' sandstorm
Under the Bus: FBI Agent Faulted in FISA Report for ‘Significant’ Errors Has Finally Been Identified
"Here richly, with ridiculous display, The Politician’s corpse was laid away. While all of his acquaintances sneered and slanged, I wept: For I had longed to see him hanged." --Hilaire Belloc